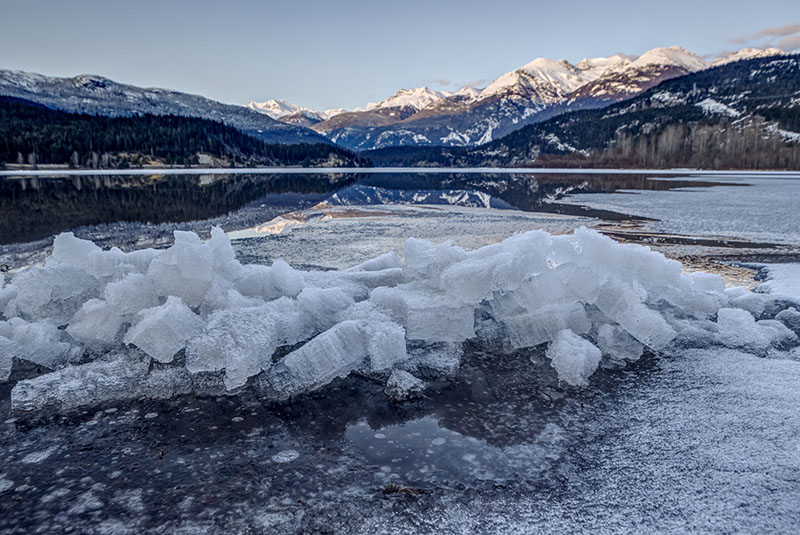 Whistler truly has something for everyone — terrific outdoor adventures, world-leading attractions such as the Peak 2 Peak Gondola, varied and vibrant dining and nightlife offerings, incredible artistic and cultural events… and oh, yeah, some of the best big-mountain skiing and snowboarding anywhere. Whistler is the perfect place to get outdoors, breathe the fresh mountain air, and indulge in some much-needed rest and relaxation. Whether you’re a first-time visitor or a seasoned regular, the sheer variety of places to visit and experiences to be had here is impressive.
Each time you visit, there’s bound to be something new.

If you’ve just arrived here for the first time, you’ll have noticed the Herculean landscape. Driving up the aptly named Sea to Sky Highway, you travel through Squamish and past its most distinctive landmark, the granite monolith known as the Stawamus Chief. North of Whistler, the imposing face of snow-capped Mount Currie looms like a sentinel over the picturesque and fertile Pemberton Valley. The area that includes Squamish, Pemberton and Whistler is collectively known as the Sea to Sky Corridor.

Whistler boasts the longest ski and snowboard season in North America, keeping powderhounds happy from November to July. Some 3 million guests flock to the resort each year, staying in lodgings ranging from cozy and rustic to upscale and luxurious. The diversity of shops, restaurants, galleries, watering holes and activities is second to none. 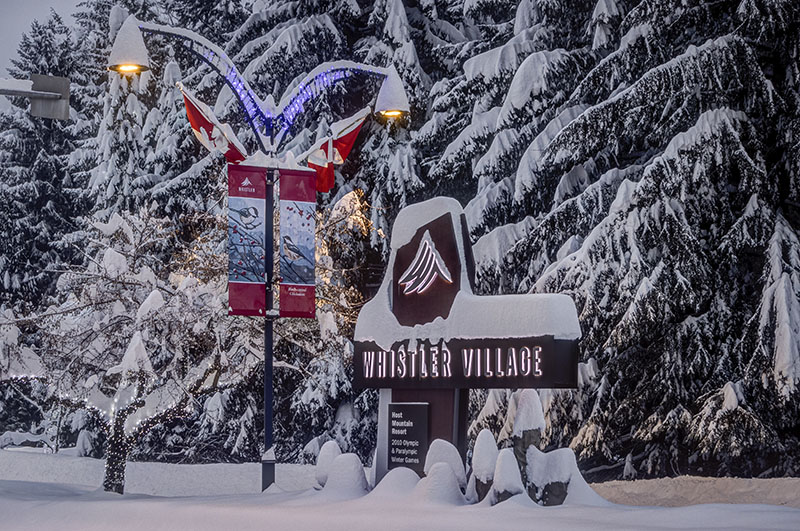 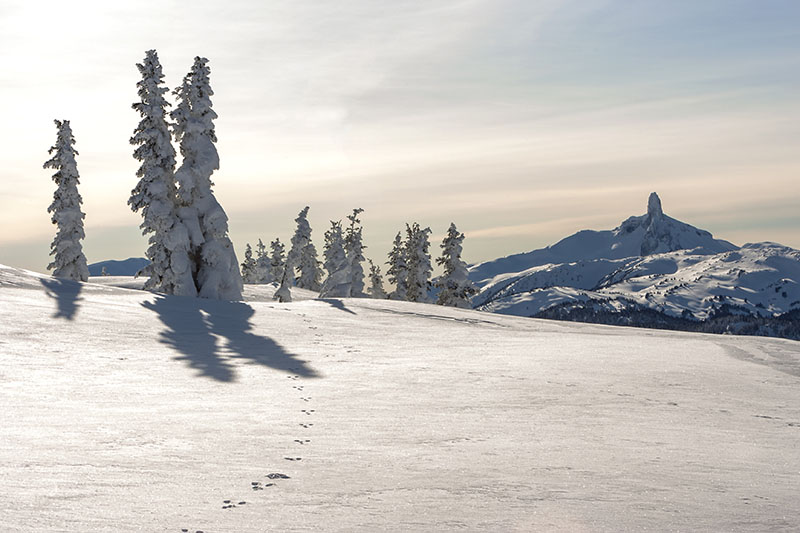 During the past few years, WB’s parent company, Vail Resorts, has added new infrastructure to complement the mountains’ incomparable 8,171 acres (3,306 hectares) of skiable terrain. In 2018, the addition of the Blackcomb Gondola gave WB the distinction of having the world’s first three-gondola, continuous connection (along with the Peak 2 Peak and Whistler Mountain gondolas). A new Catskinner chair on Blackcomb and Emerald Express on Whistler were part of the same upgrade, giving users access to previously underused terrain and shorter lift lines. Vail Resorts also added a new, 60-seat patio and Umbrella Bar at the Roundhouse Lodge on Whistler.

The Sea to Sky Corridor is also on the unceded traditional territories of the Squamish and Lil’wat Nations. For centuries before the arrival of the first Europeans, the Whistler area was frequented by the coastal Squamish and interior Lil’wat peoples for hunting, berry picking and vision quests. The vibrant lifestyles, art and cultures of the two neighbouring First Nations are showcased at the renowned Squamish Lil’wat Cultural Centre on Lorimer Road. 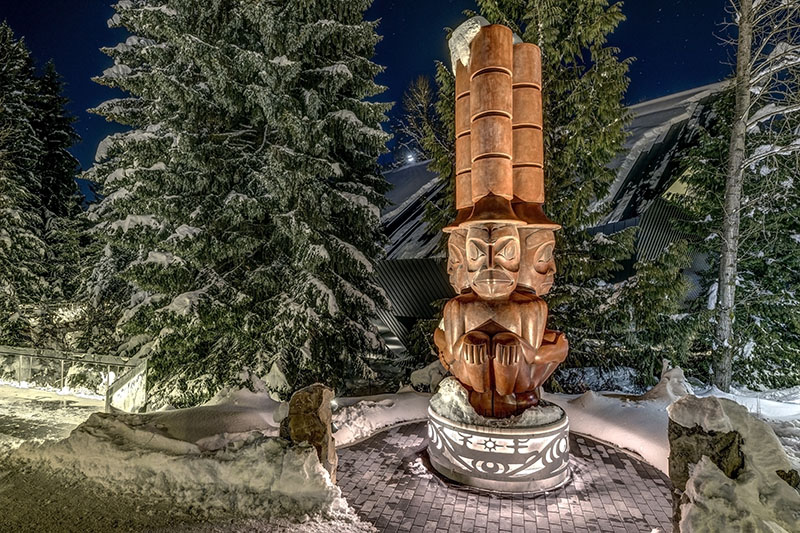 The community — then known as Alta Lake — became known as a summertime fishing resort with the opening in 1914 of Rainbow Lodge by Alex and Myrtle Philip. In 1960, Norwegian immigrant Franz Wilhelmsen arrived in the area with a group of business partners, looking to build a ski resort that could be part of a bid for the 1968 Winter Olympics. Whistler Mountain opened to skiers in 1966, and while that Olympic bid was unsuccessful, Wilhelmsen’s dream of hosting the Games came to fruition in 2010.

During the Games, Whistler hosted alpine skiing at Creekside, bobsleigh, skeleton and luge at the Whistler Sliding Centre, and cross-country skiing, biathlon, ski jumping and Nordic combined at Whistler Olympic Park (WOP), about 15 kilometres southwest of town.
Several sets of Olympic rings and “inukshuks” — Inuit-inspired symbols of welcome used during the Games — can be found in the resort. At Whistler Olympic Plaza, where the medal ceremonies occurred in 2010, you’ll also find one of the cauldrons from which the Olympic and Paralympic flames burned brightly and a display showing all the Games medal winners. The plaza is a great place to hang out, let the kids play in the snow and enjoy the offerings of nearby cafes and eateries. 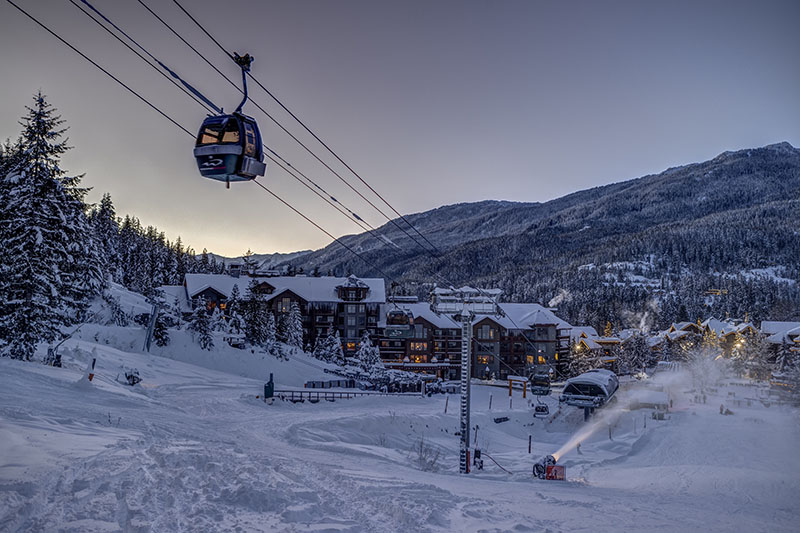 Opened in 2016, the Audain Art Museum features both visiting and permanent exhibitions of world-class art, including one of the world’s best collections of Northwest Coast Native art. Even before the Audain’s opening, Whistler’s many and diverse private galleries made the resort one of Canada’s top destinations for art lovers.

With so much to see and do here, you’ll want to be sure your phone or camera has sufficient space to capture the countless memories to be made. It’s likely that by the end of your Whistler visit, you’ll agree with the millions of others who’ve found that when it comes to winter fun, there’s no more magical place to be.

For help in planning your Whistler holiday, visit Tourism Whistler (whistler.com) or whistlertraveller.com. 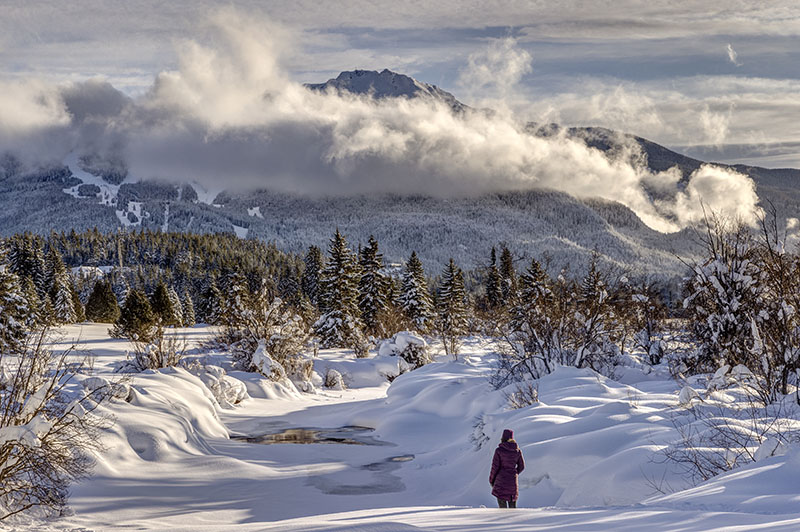 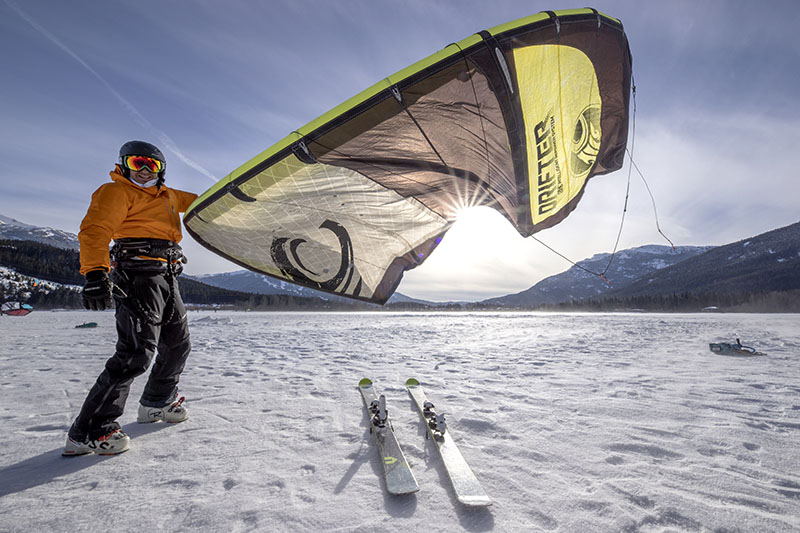 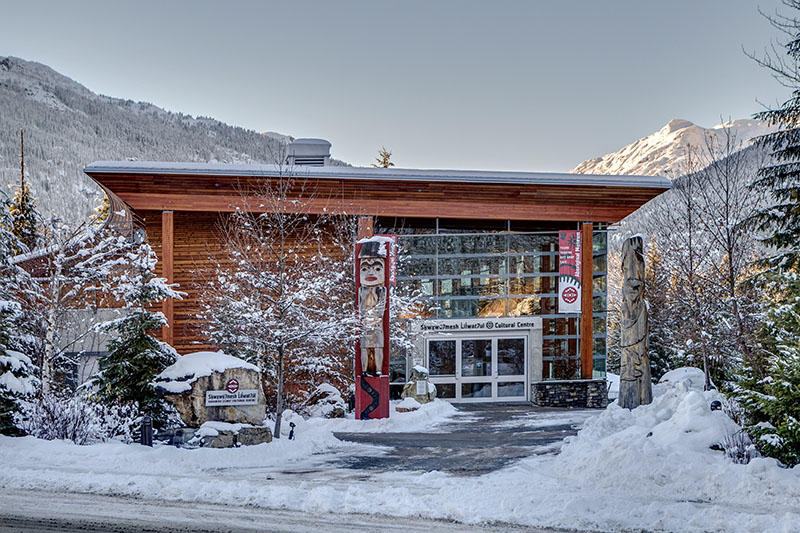 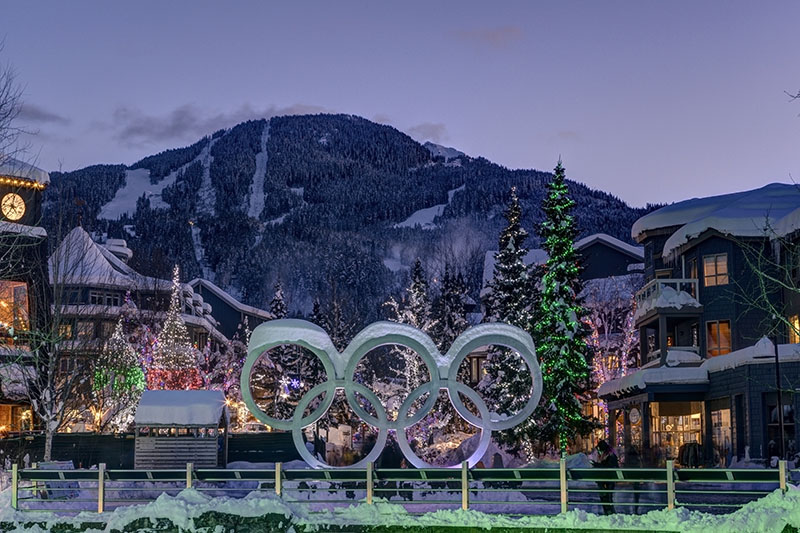