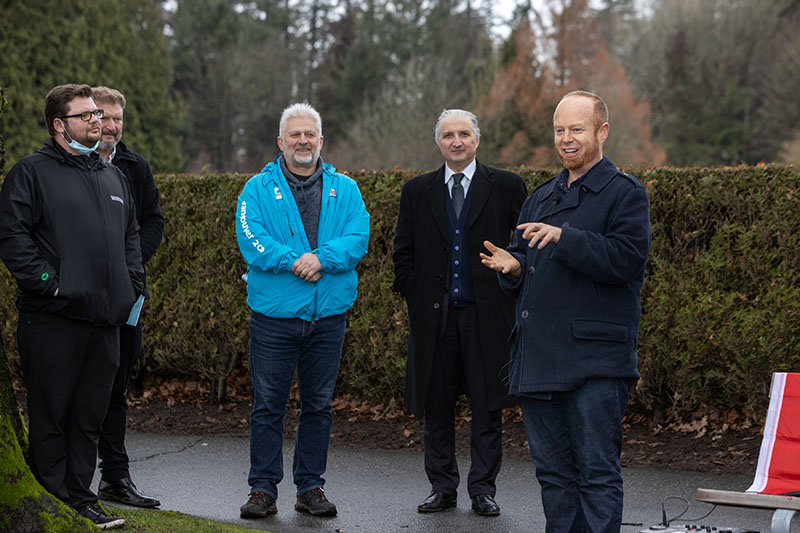 MY WHISTLER
Family man and passionate citizen of this ‘magical place’ 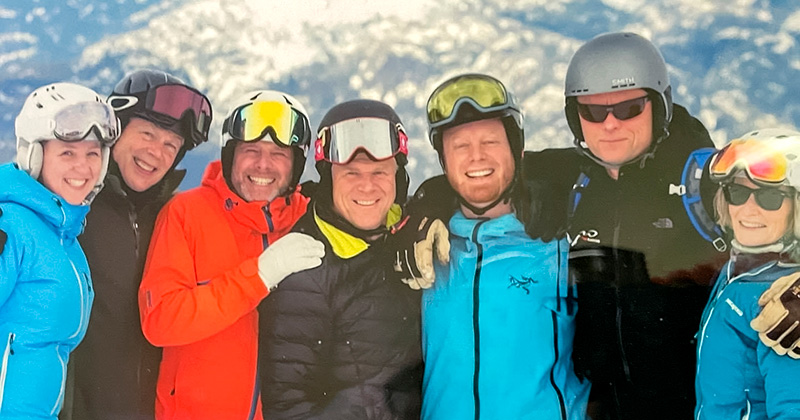 Ray and Marg Crompton, who were among the original shareholders in the Garibaldi Lift Co. in the 1960s, would have been extremely proud to learn that their grandson, Jack, would one day be running the show in Whistler — well, the part that operates out of municipal hall, anyway.

Recently elected to a second term as Whistler’s mayor, Jack Crompton lived in Vancouver as a child, but family gatherings in Whistler, staying in the house Ray and Marg built in Alta Vista (completed in 1965, just before the first lifts opened) are what lives on in Jack Crompton’s memory.

“As a kid, Whistler was the most important place in all of our lives,” Crompton says. “It was where we went to be with family, to celebrate each other and enjoy the mountains, so when I had the opportunity (in 1998) to move here, I took it very quickly.”

Today, he’s in the process of completing a Masters in Public Policy at the University of British Columbia, so as mayor, he gets to put his learnings into practice every day. And — oh, by the way — Jack Crompton, his wife Carolyn and their four children, aged 13 to 19, live in the same house that Jack’s grandparents built.

You spent a lot of family time in Whistler, staying at the house your grandparents built, while growing up. Why did you and your wife decide to settle here?
We moved here because of Whistler and Whistlerites. We fell in love with this place and these people. We love to ski, cycle and be in the mountains. From my earliest memories, Whistler has been a magical place for me… It still is. Whistlerites are adventurous, community-minded and ambitious. It’s been an amazing place to raise kids. In a lot of ways, these mountains have been partners in the parenting work. Our inclination has always been to send our kids outside; it’s been nice to have that shared by most parents. Whistler is small enough that you know your neighbours and can make a difference, but it’s big enough to fill your calendar. I am not bored yet!

What was the impetus for you to get into local politics? Do you think you’d have chosen that path elsewhere?
Whistler’s success occupies a lot of my imagination and getting involved here seemed like a pretty natural next step. I don’t think I would have become a politician in another community. I have had the pleasure of knowing and caring deeply about a lot of the people who made Whistler what it is. They are families, workers and ski bums who have created something incredibly special here. It is an immense privilege to carry on some of their work. I got involved because I saw a way for me to be a part of continuing the build of my favourite place. There is so much more to do and it’s easier to get involved than I thought. Creating the town we all love has never seemed simple but always important. If you are looking for ways to be a part, please reach out to me… I love chatting about Whistler’s future. 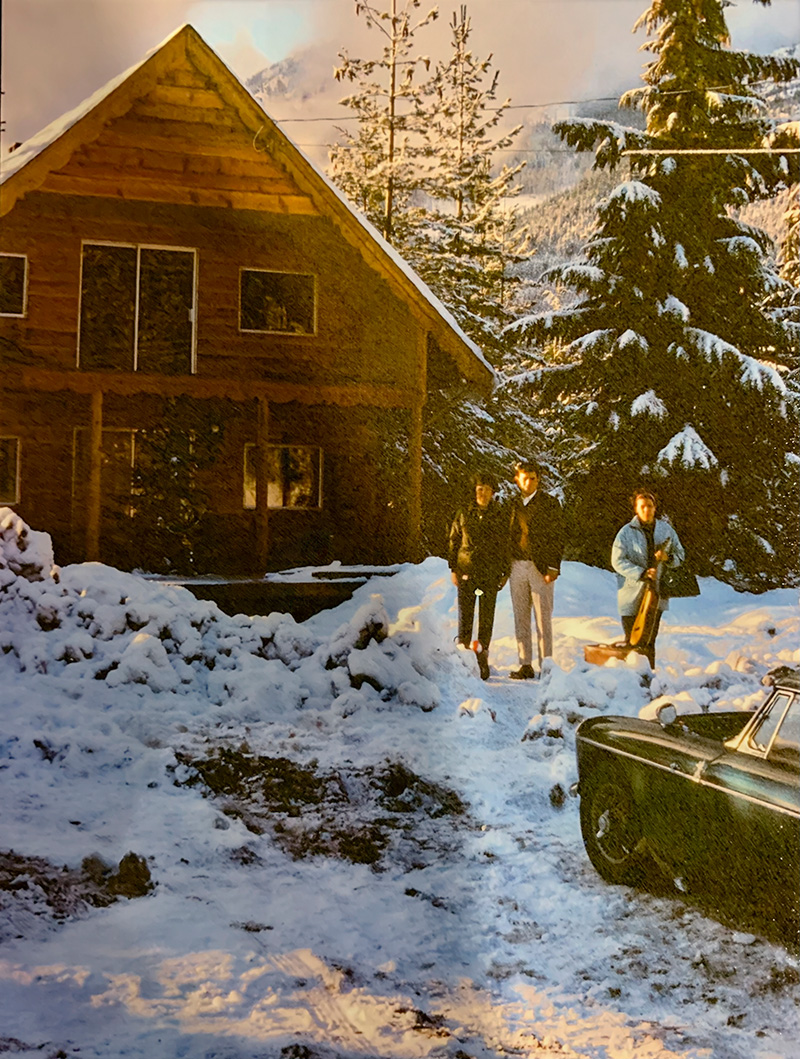 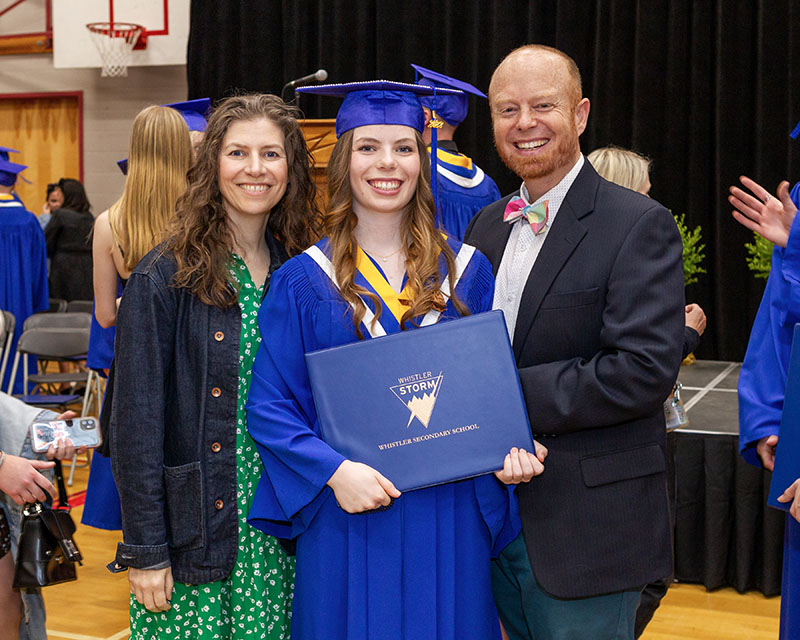 Aside from engaging with the community and skiing, what other local activities do you love most?
Over the last few years I have become a committed walker. In the summer, that means lots of hiking and in the winter, you’ll find me on the Valley Trail. I am always up for a walk/talk with anyone who is interested! I have coached my kids’ soccer and rugby over the years. I love being a part of their discovery of teamwork and sport. I really enjoy mountain biking, hiking and swimming in Alta Lake. .

What is are your favourite areas to ski?
Shale Slope. Grey Zone. Crystal Trees. Franz’s first thing in the morning. The longer I am here, the more fascinated I am by gnarly weather... so I like being on the mountain when it’s stormy.

What is your favourite Whistler hangout(s)?
We are Lakeside Park regulars. Many of our kids work at Sushi Village, so we are there lots… and love it. I like to take guests to the SLCC and the Audain [Art Museum], Mt. Currie Coffee, Brickworks, Stonesedge Kitchen, Mexican Corner, Caramba, Hunter Gather for lunch. Southside Diner for breakfast. How many answers do you want for this question?