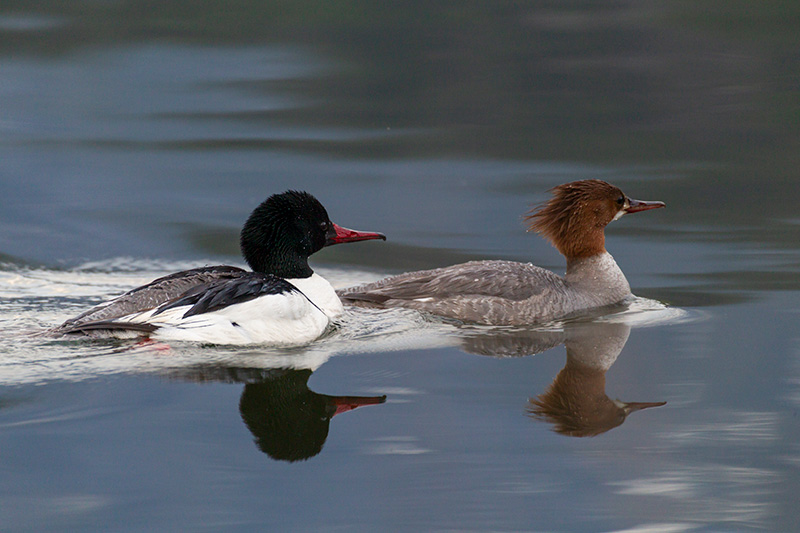 Giving you the inside information on what’s happening, what’s fun and what’s new in Whistler. Find out more about Protect Our Winters (POW) Canada; get excited about bird watching in the Sea to Sky; learn about the lift upgrades happening on Whistler Blackcomb (WB).

Making a Difference on Climate Change

Some of Whistler’s most passionate lovers of the outdoors are also among its most committed climate activists. A group of them has come together to form a local chapter of Protect Our Winters (POW) Canada, aiming to “advocate for policy solutions to climate change,” which poses a threat to the status quo on Planet Earth in many areas — one of which is the wintertime mountain environment.

Whistler, in fact, is a hub for POW Canada, says Mike Douglas, professional freeskier, filmmaker, and chair of the organization’s national board of directors.
“Some of the big cities have larger groups of people, but there’s certainly no lack of passion among the people we have here,” says Douglas, who is often referred to as the godfather of freeskiing. “I was at a local meeting in the spring, and there were maybe 25 or 30 people there.” U.S. professional snowboarder Jeremy Jones founded POW in his home country in 2007. Douglas, who frequently travels to ski resorts south of the border, first became directly involved there in 2016 before he and others founded a Canadian version in 2018.

“I guess I seemed to be the most organized out of the group and hooked up with a guy named Dave Erb out of Waterloo, Ont.,” Douglas said. “We got talking, and he said he knew how to do all the work to start up a non-profit. So he was kind of the linchpin.”
Today, POW Canada has more than a dozen local chapters in B.C., Alberta, Quebec and Ontario. This past spring, Douglas joined a POW Canada delegation for the Climate Change and Sport Summit organized by MP Adam van Koeverden, the Olympic gold medal-winning flatwater kayaker.
The summit opened up solid lines of communication with key government ministers, Douglas said, adding that the officials voiced support for the idea that policy change to reduce the production and consumption of fossil fuels is needed. 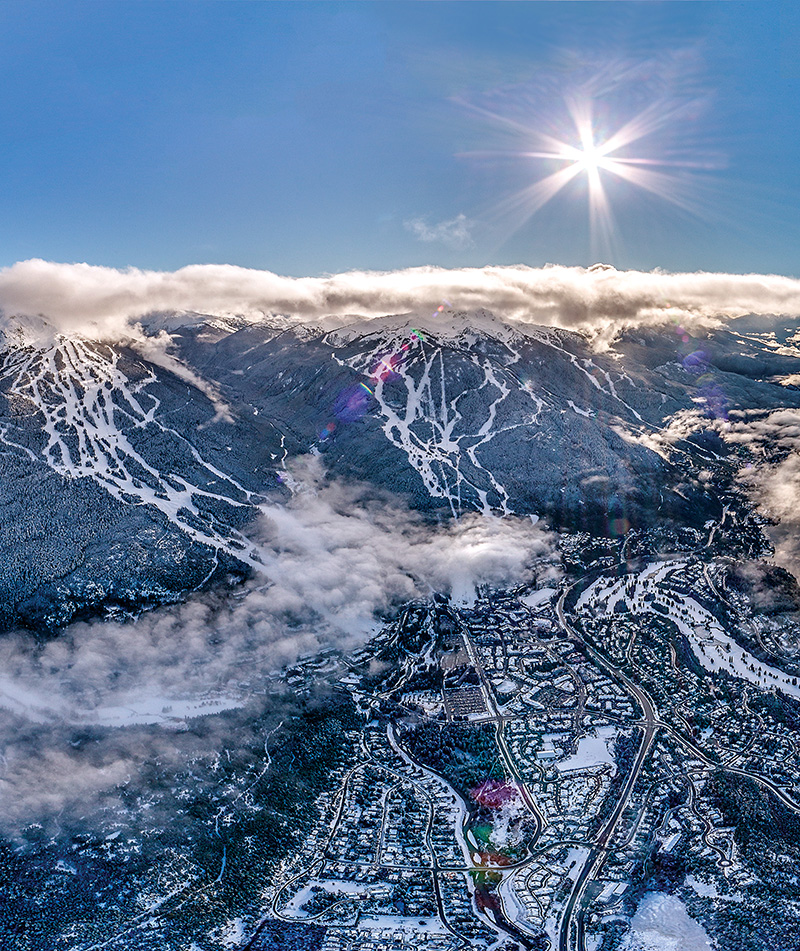 “Real action is another question, but you don’t get to that point without the communication,” he said.
Douglas’s company, Switchback Entertainment, is producing a film about local climate change initiatives as part of the popular Whistler 101 film series. Look for the film to drop this winter on the Resort Municipality of Whistler’s YouTube channel @RMWhistler.
protectourwinters.ca

Get Excited About Birds

Birdwatching, a.k.a. “birding,” is a great wintertime activity in Whistler and elsewhere, and local and provincial organizations are working to promote birding as a fun, active way for locals and visitors to gain a greater appreciation of the importance of protecting bird populations and their habitat.

The B.C. Bird Trail (bcbirdtrail.ca), which aims to promote birdwatching-focussed travel, has recently added the Sea to Sky Corridor (with birdwatching itineraries in Whistler and Squamish) to its list of British Columbia birding “hot spots.” For Whistler, itineraries at Green Lake, Rainbow Park and the Shadow Lake Interpretive Forest just off Highway 99 north of town are included.
bcbirdtrail.ca/trails/sea-to-sky/whistler

The B.C. Bird Trail also recently launched a mobile app (bcbirdtrail.ca/mobile-experience) that allows you to track your own progress, and that of others, on your birding journey while offering motivation to explore further.

Kristina Swerhun, a board member for the Whistler Naturalists, said the group was approached about using its Whistler Birding Guide as part of the basis for the new Sea to Sky Bird Trail. The group felt raising birding’s profile is a laudable goal if it helps increase appreciation of the need to protect ecosystems and promote biodiversity, she said. 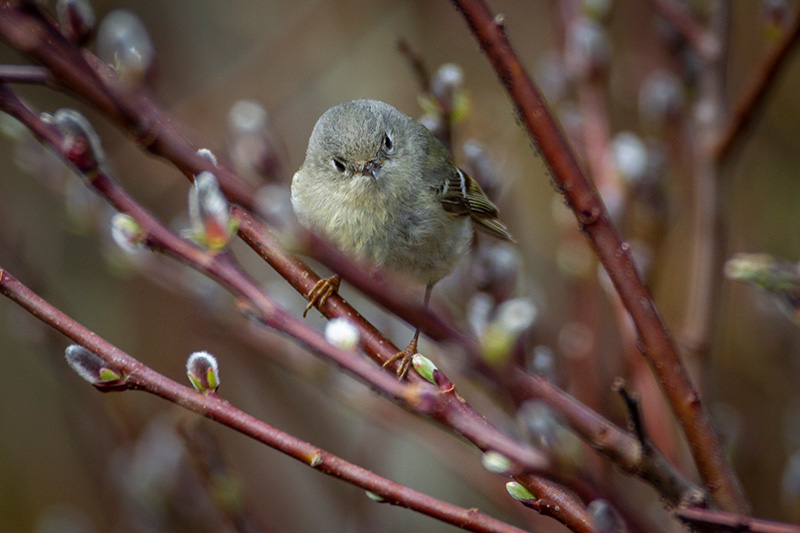 “I am… hopeful that this initiative will help prioritize habitat conservation and protection for birds, which in turn benefits all wild species,” Swerhun said.
The Whistler Naturalists conduct regular bird walks on the first Saturday of each month in the winter, and the first and third in the summer.
whistlernaturalists.ca 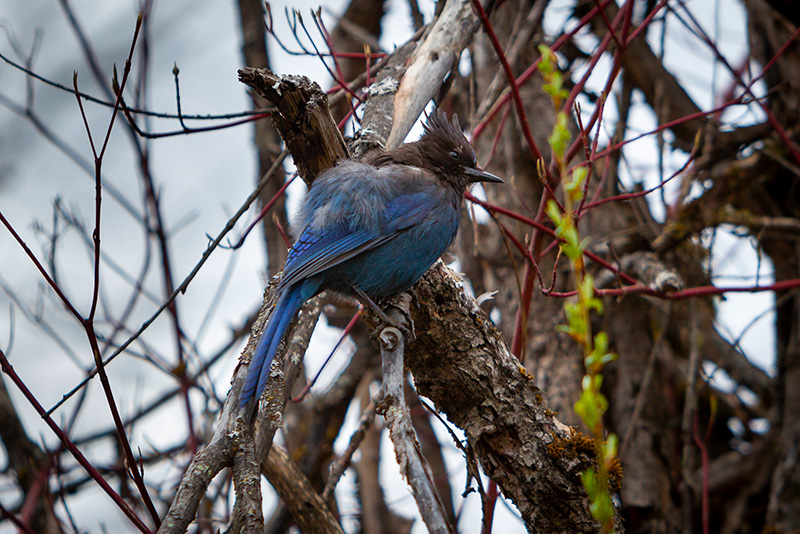 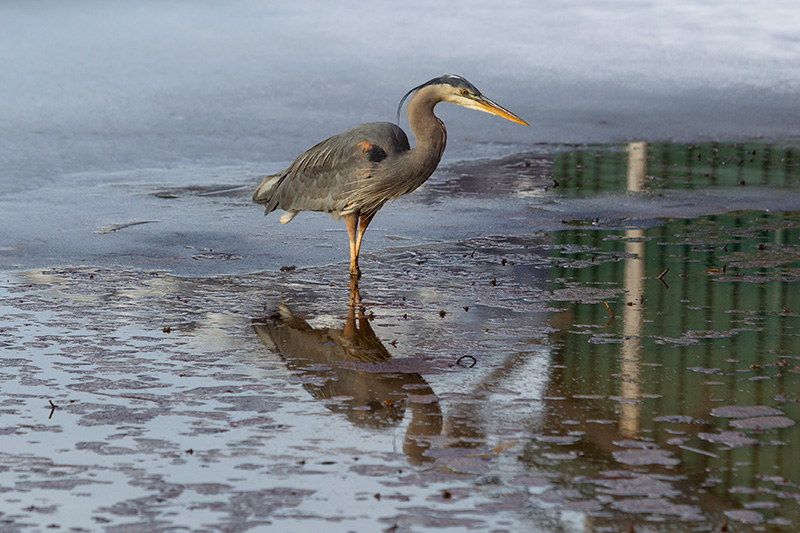 WB Lift Upgrades in the Works

In October, Condé Nast Traveler announced that its readers had voted Whistler Blackcomb (WB) the best ski resort in North America. Far from resting on its laurels, though, WB’s parent company Vail Resorts is working to deliver shorter lift lines and a better skiing and riding experience to its guests.

For the 2022-’23 season, WB is upgrading the Creekside Gondola from a six-person gondola to a new high-speed gondola with 10-person cabins and the Big Red Express on Whistler Mountain from a quad to a six-person, high-speed chairlift. The original target date was opening day, but because of global supply-chain issues, the most recent aim was to have them up and running by the Christmas holidays.

For 2023-’24, the company plans to replace the Jersey Cream Express on Blackcomb and the Fitzsimmons Express on Whistler, both currently high-speed quads. Jersey will increase to a six-person, high-speed chair, while Fitz will become an eight-person, high-speed chairlift.
“We’ve got a long history of innovation, and we’re committed to always being forward-thinking — it's part of our DNA as an industry leader,” the company said in a social media post.
whistlerblackcomb.com 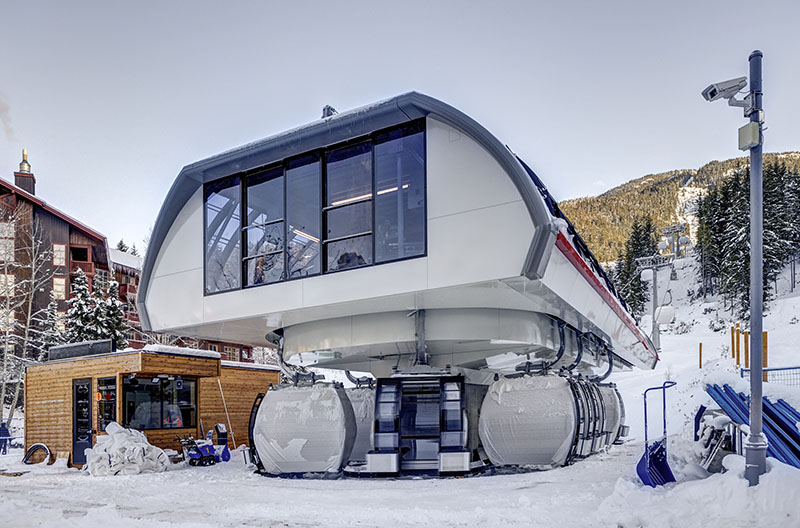