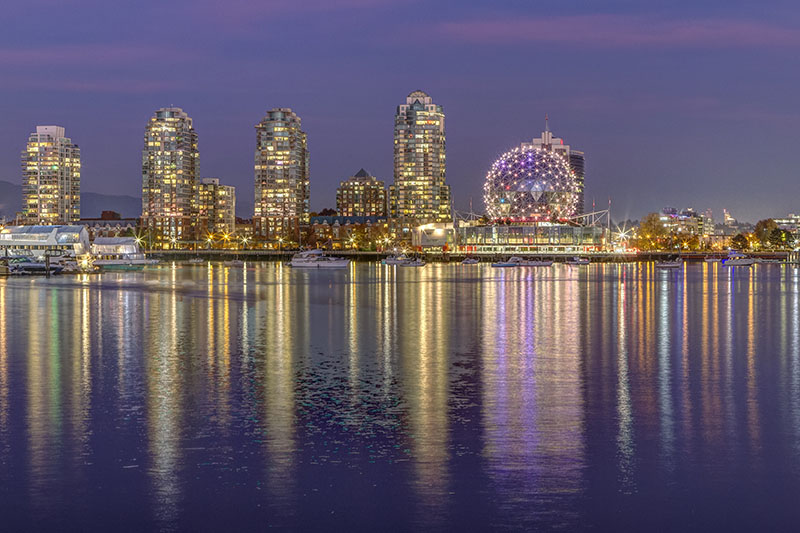 The cosmopolitan city of Vancouver, Canada’s West Coast hub, is known for its stunning scenery and many unique outdoor attractions — Stanley Park, Chinatown, Grouse Mountain, the Capilano Suspension Bridge and historic Gastown spring immediately to mind. But it’s also home to enough artistic, cultural and scientific attractions to keep young and old fascinated for days on end.
Art is ever-present in Vancouver, with public installations in many locations. Downtown has two of the best-known galleries: the Vancouver Art Gallery and the Bill Reid Gallery of Northwest Coast Art. The Vancouver Art Gallery at the corner of Georgia and Hornby streets includes works by well-known Canadian, Indigenous and acclaimed international artists, as well as visiting exhibitions that feature the work of famed artists from near and far. Current exhibitions include “Where Do We Go from Here” and “OP Art in Vancouver.” vanartgallery.bc.ca

Just around the corner on Hornby Street, the Bill Reid Gallery is the place to be inspired by the contemporary works of Northwest Coast Indigenous artists. It includes a collection of creations by its famous namesake, who is best known for his two- and three-dimensional depictions of Haida mythology and legends. Reid, who died in 1998, sought to sow unity while promoting appreciation of living Indigenous cultures and values. billreidgallery.ca 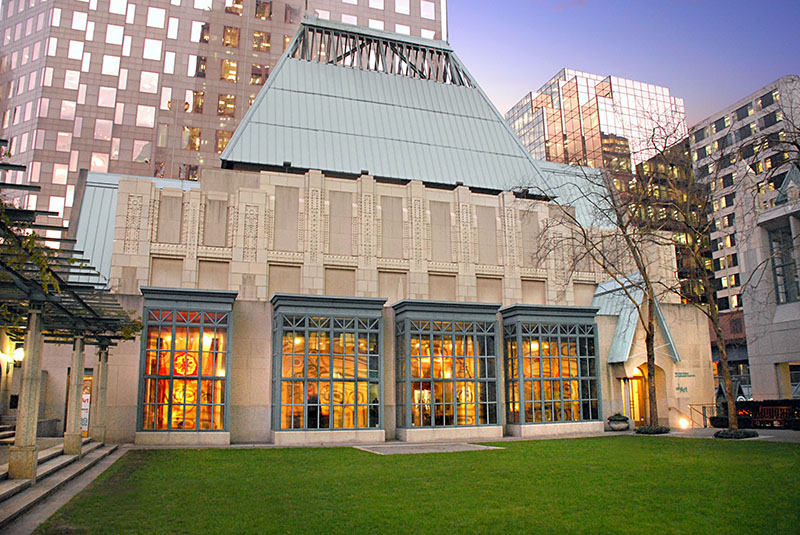 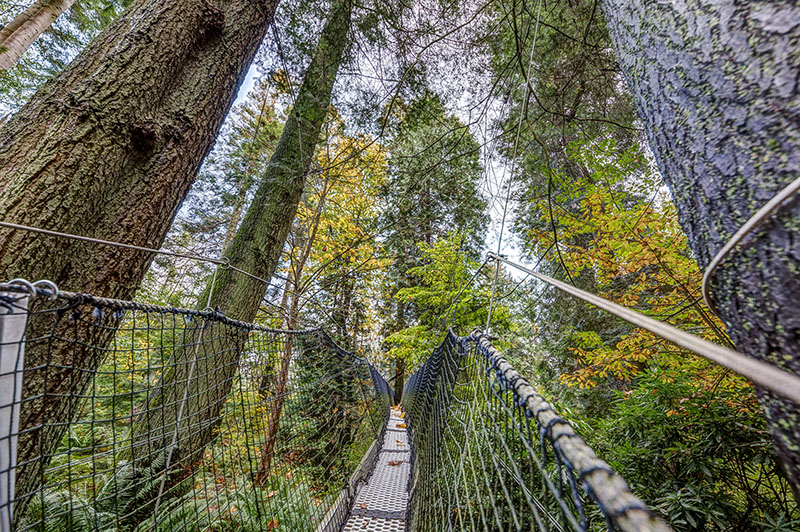 Those seeking to indulge their scientific curiosity have several options, two of them just a short distance from downtown. Science World at Telus World of Science — under the geodesic dome at the eastern end of False Creek — is a great place for young and old alike to engage their inner scientist. It includes interactive, indoor and outdoor displays and demonstrations, larger-than-life Omnimax films showcasing the physical and natural world and galleries focusing on life sciences and the animal kingdom. scienceworld.ca 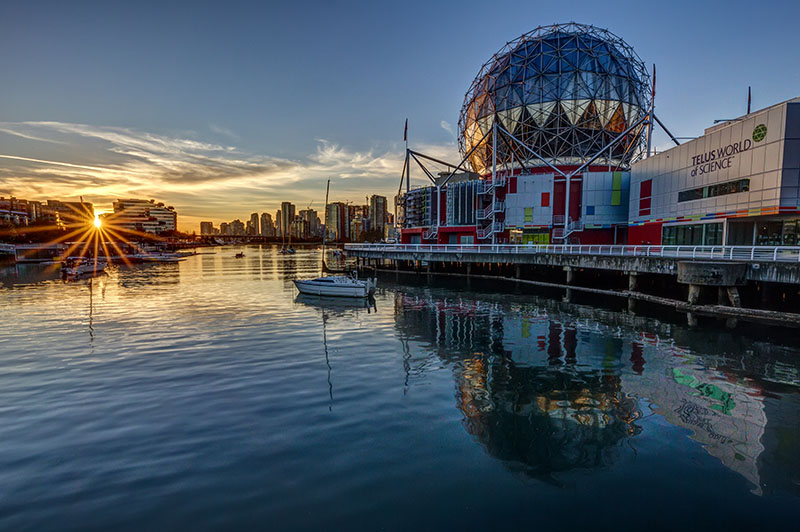 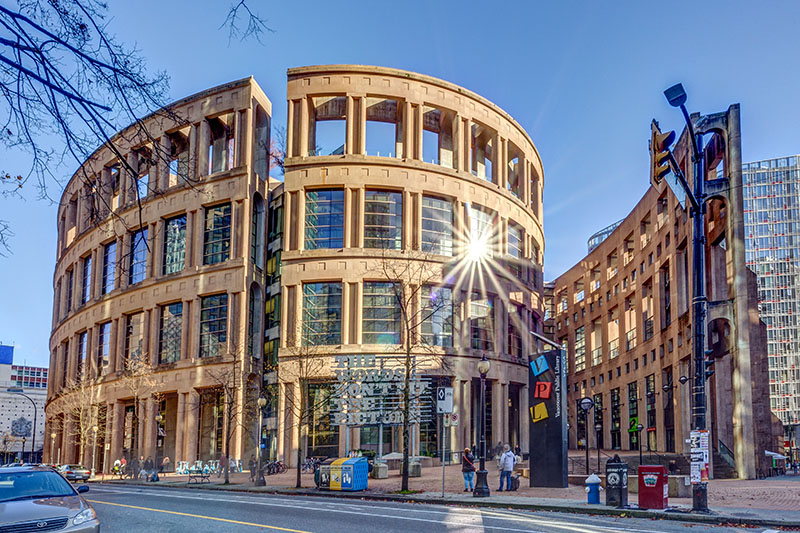 One of the most interesting pieces of architecture in the downtown core, the Moshe Safdie, Richard Archambault and Barry Downs-designed central branch of the Vancouver Public Library, is meant to mimic the Roman Colosseum. Its spacious atrium, near the library entrance, is a great place to hang out, as is the rooftop garden, which opened in the fall of 2018. The ninth-floor rooftop also affords views of downtown, including nearby B.C. Place Stadium. vpl.ca

Three prominent cultural and scientific attractions grace the campus of the University of British Columbia, west of the city centre: The Museum of Anthropology, UBC Botanical Garden and the Beaty Biodiversity Museum.
The Museum of Anthropology (MOA) showcases the history and cultures of humanity in all its diversity, with a focus on Pacific Northwest Indigenous peoples. The MOA is situated on the traditional land of the Musqueam people, and those entering are welcomed by the works of Musqueam artists including Susan Point and Joe Becker. The Bill Reid Rotunda features his carving “The Raven and the First Men,” Reid’s stirring depiction of the Haida legend about Raven finding the first humans emerging from a clamshell.
moa.ubc.ca 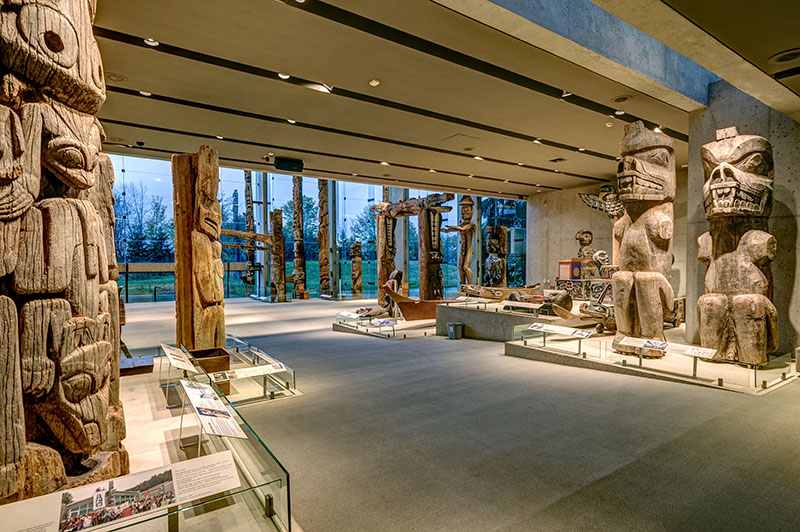 The UBC Botanical Garden is a great place to stroll through coastal rainforest, which includes internationally recognized collections of rhododendrons, maples and magnolias. Children will enjoy the Greenheart TreeWalk, an adventure on swinging bridges through the forest canopy. The nearby Nitobe Memorial Garden is a traditional Japanese tea garden designed in memory of Dr. Inazo Nitobe, whose wish was to foster world peace.
botanicalgarden.ubc.ca

Those with an interest in natural history should visit the Beaty Biodiversity Museum and its extensive collections of birds, insects, fish, fossils and more. Canada’s largest blue whale skeleton, an impressive 26.8 metres (88 feet) long, is featured in the lobby and is free to view.
beatymuseum.ubc.ca

Vanier Park, just across False Creek from downtown, is home to the Museum of Vancouver (MOV) and H.R. MacMillan Space Centre. MOV explores the city’s history and features temporary exhibits including current shows “Haida Now: A Visual Feast of Innovation and Tradition” and “A Seat at the Table: Chinese Immigration and British Columbia.” museumofvancouver.ca 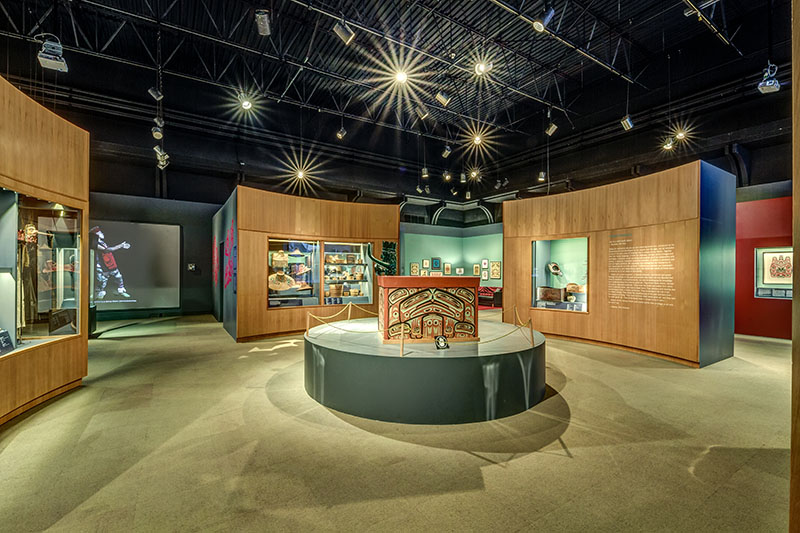 Next door, the family-centred H.R. MacMillan Space Centre includes exhibits on the wonders of space, including a planetarium. spacecentre.ca

Want to connect with local artisans and perhaps look for the perfect souvenir or gift? The Granville Island Public Market is where you’ll find shops, studios and galleries where you can visit with the creators and browse for everything from silk to jewellery to custom-built canoes. granvilleisland.com

Questions about Vancouver-area sights and attractions can be directed to the Tourism Vancouver Visitor Centre at 200 Burrard St., by phoning 604-683-2000 or online at tourismvancouver.com. Or alternatively, visit each location’s website.