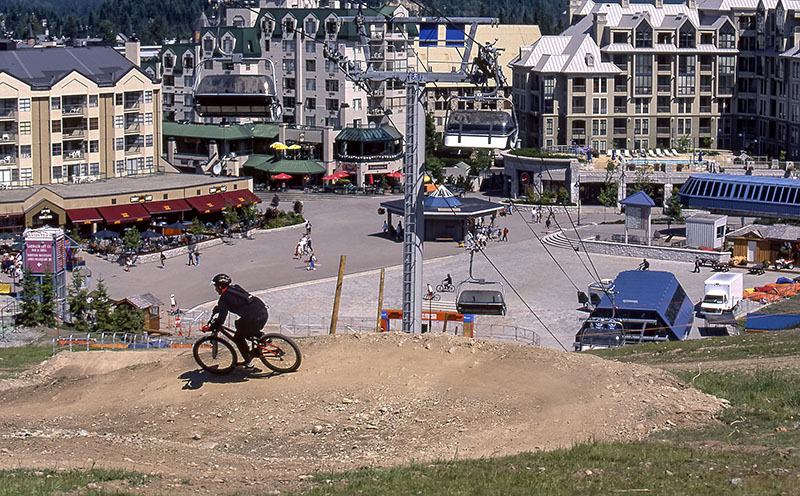 The Origins of
Downhill Mountain Biking
in Whistler

Pinning it, sending it, shredding, hucking… whatever you call it, mountain bikers have been coming to Whistler since the mid-1980s to ride down our rugged mountains. It all started in a primitive manner, without bike-specific trails as we know them and initially without chairlifts, but soon lift-accessed mountain biking became a booming business in Whistler. These days, bike parks have become a key summer attraction at many ski resorts around the globe.

Since the Whistler Mountain Bike Park officially opened in the summer of 1999, it has steadily grown in popularity, rising from a niche activity to a massive summer attraction. We delved into the past to bring you the story of how downhill biking was introduced to the area, and how the bike park has continued to grow and develop over the years. While Whistler Blackcomb was not the first to offer lift-accessed mountain biking, the Whistler Mountain Bike Park quickly gained status as one of the world’s best and has firmly held that position since.

Way back in 1985, Eric Wight’s tour company Backroads Whistler was the first to offer guided mountain bike rides in Whistler. His company led guests on cross country-style rides (involving both climbing and descending) around the trails that snaked through Whistler’s forests.

In 1985 Wight approached Whistler Mountain (not yet merged with Blackcomb) about guiding riders down the slopes, and by 1989 Backroads Whistler was using the Whistler Village Gondola to get guests up the hill. His employees (including Dave Kelly) then started building the first sanctioned mountain bike trails on Whistler, many of which remain in the park today. Backroads Whistler did refer to its operation as the “Whistler Mountain Bike Park,” but Whistler Blackcomb didn’t operate the park until many years later.

The first “trails” built by Backroads Whistler were a combination of access roads and connecting forest trails. By 1990 Whistler Mountain gave the approval for Backroads to build more singletrack (narrow, bumpy, bike-specific trails) from Olympic Station to the Village.

Within a few years, trails like Fantastic, Crabapple Turns, After Atlantis, Crack Addict (now called Polp Fiction), Golden Triangle, and Ho Chi Min became some of the mountain’s longest-standing trails. While most of the construction was sanctioned, some of these trails started as “rogue” or unauthorized builds and were later absorbed into the bike park. 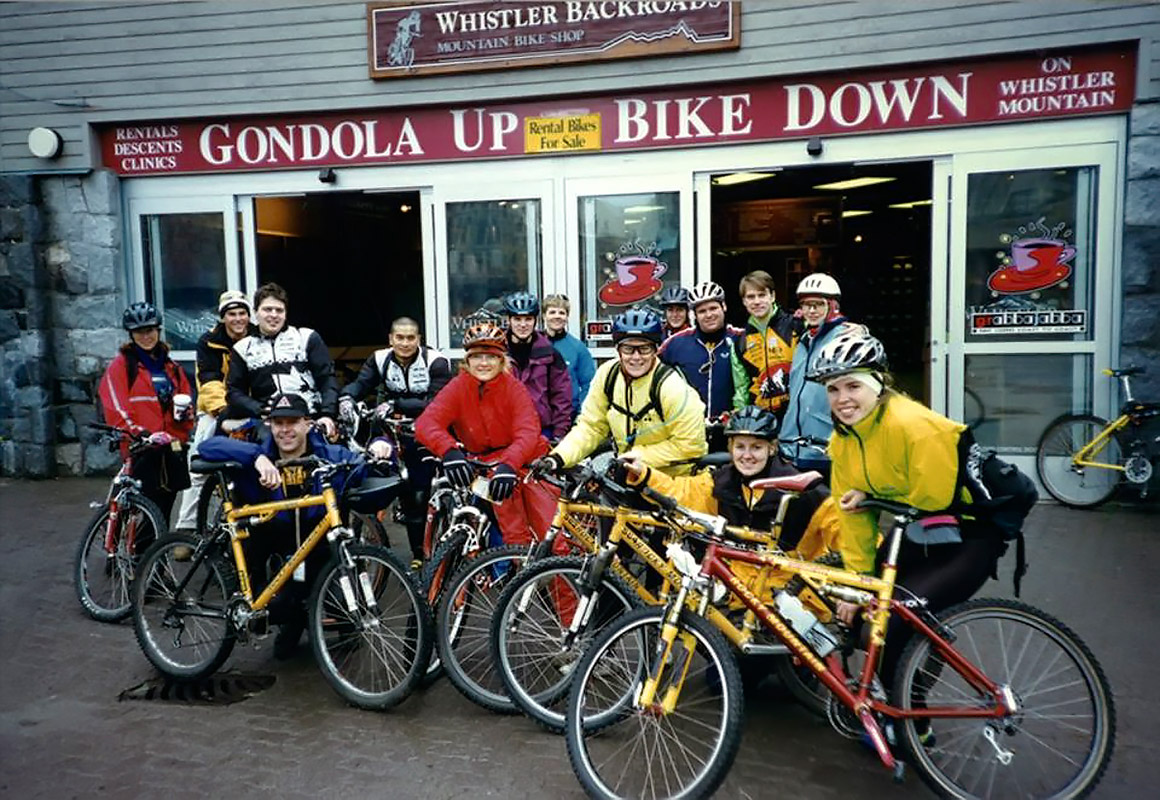 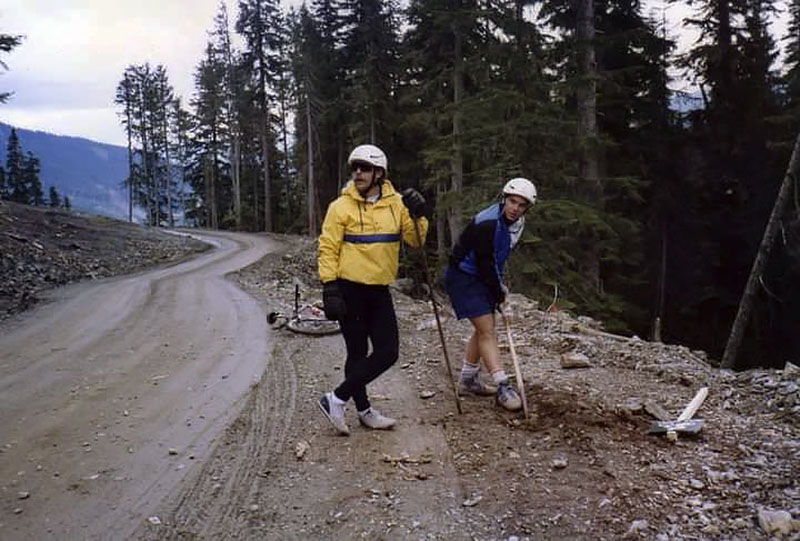 Meanwhile, on Blackcomb Mountain, MTB riders began using the lifts in the early 1990s. Strapping their bikes to the chairlifts, riders would catch the Wizard and Solar Coaster chairs up and ride down the mountain’s access roads, as bike-specific trails didn’t exist yet.

By 1999 Whistler and Blackcomb mountains had merged, and the Fitzsimmons chairlift had been installed on Whistler. At this point, Whistler Blackcomb’s Rob McSkimming convinced the resort management that lift-accessed mountain biking could turn into a profitable enterprise — and would be a great way to use the new chairlift throughout the summer. Many long-time locals, including former Bike Park Manager Tom Prochazka, credit McSkimming as the critical voice that convinced Whistler Blackcomb to take over the Whistler Mountain Bike Park.

“He was the buffer between the senior managers and us trail builders and low-level managers… if he didn’t stick his neck out and say ‘this is a great idea,’ there would be no Bike Park,” Prochazka says. 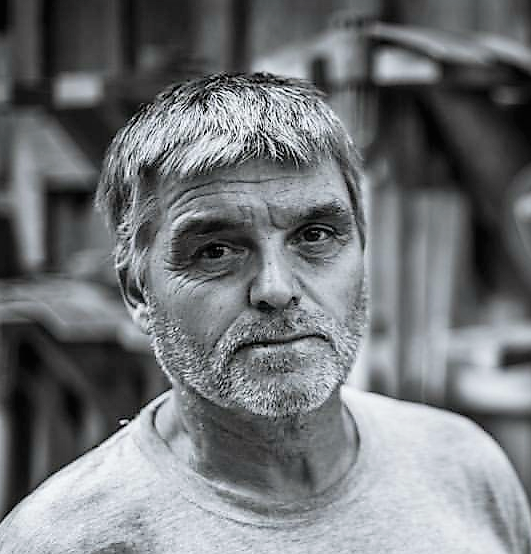 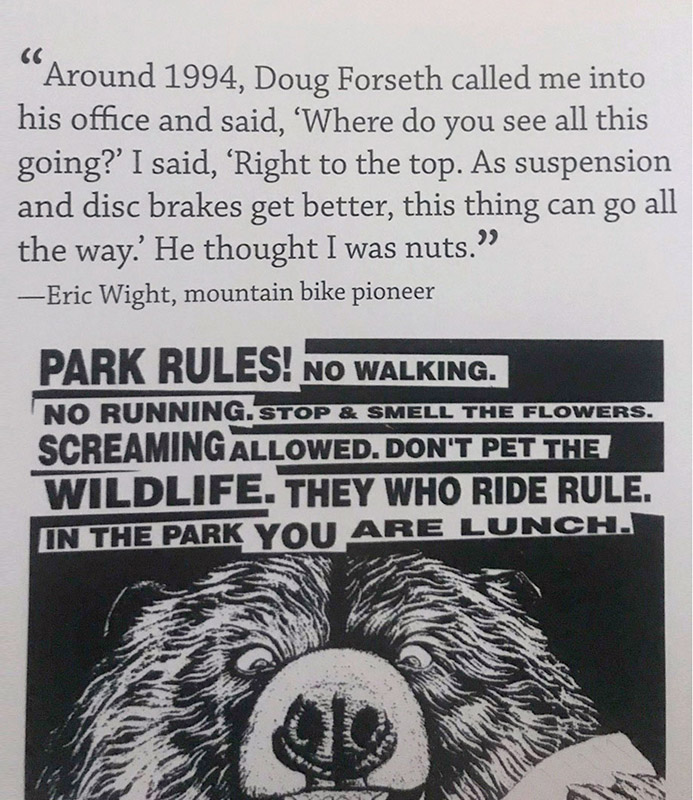 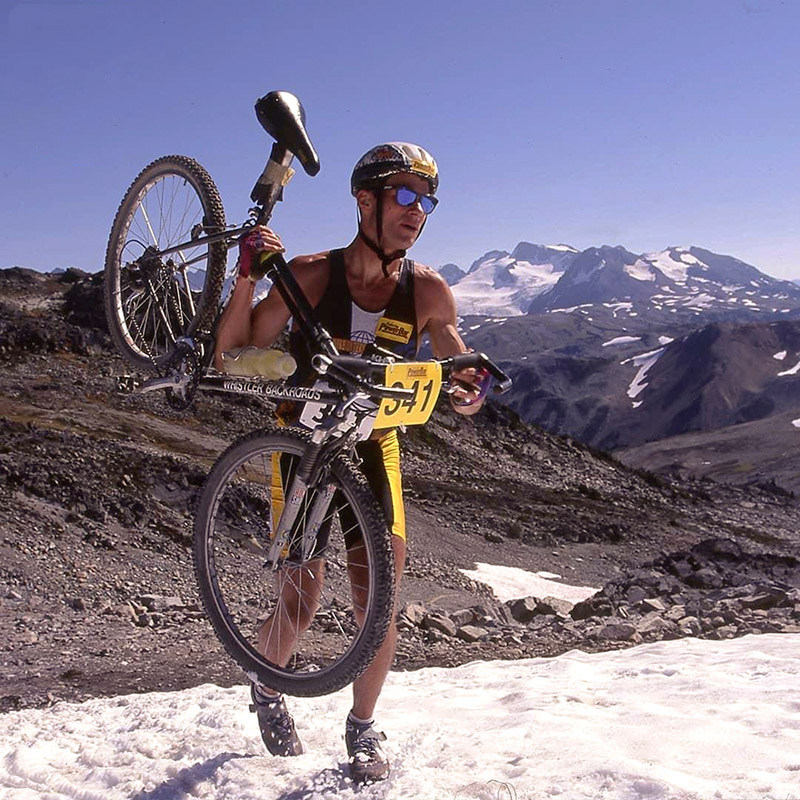 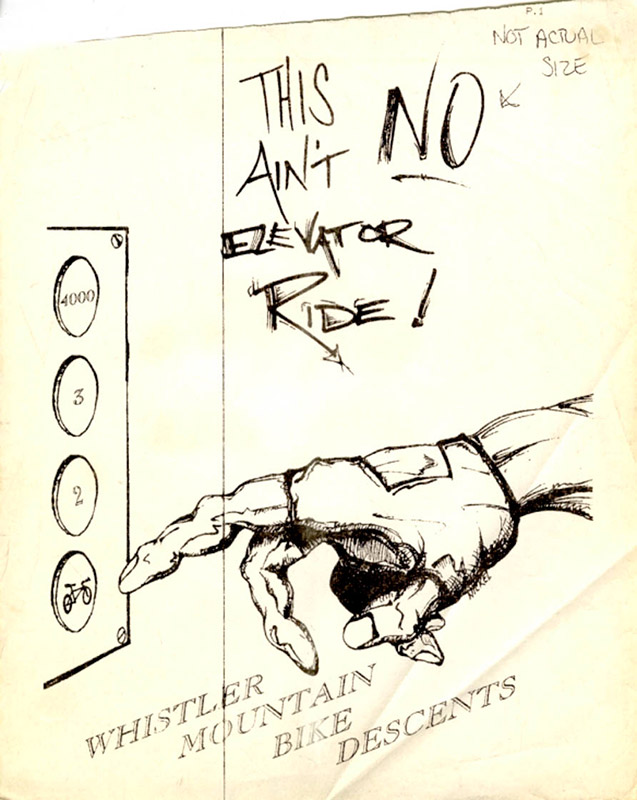 The Bike Park Gets On A Roll

It didn’t take long before Whistler Blackcomb’s trail builders hit on what would become a major revolution in trail construction — the use of heavy machinery. In 1999, B-Line was the first MTB trail built with an excavator, driven by Kelly, who by then was employed by Whistler Blackcomb. Soon after, the world famous A-Line trail was added, and today many of the park’s most popular runs are machine-built.

“The thing that really took bike parks from smallish businesses for mountains to operate in the summer to something pretty significant was the development of these machine-built trails,” says McSkimming, former vice president of business development for Vail Resorts. “Those were game changers, I think, in terms of lift-accessed mountain biking.” 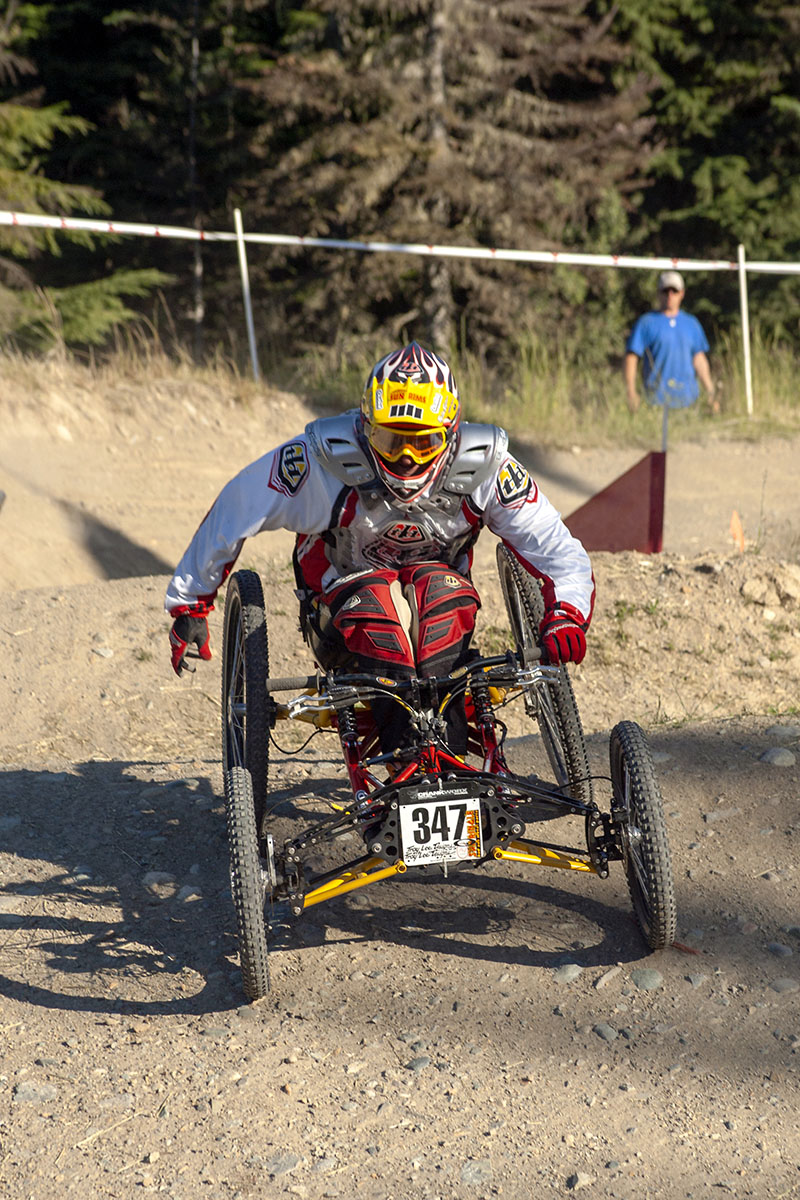 These trails weren’t just significant because of how they were built, but for their groundbreaking design as well: B-Line was likely the world’s first MTB trail that featured jumps from top to bottom. Because of its explosive popularity, the bigger and faster A-Line soon followed. Today, machine-built jump trails are a staple in any bike park, and even municipalities are using machines to build public-access trails.

Fortunately for riders, Whistler Blackcomb’s upper management was never resistant to the Bike Park’s development. While McSkimming recalls that he was sometimes keen to push things further and faster, in hindsight, he admits it was important to consider operational realities before making big moves.

“It was always a good team discussion that ended up with good decisions. The result was a progressive but responsible approach to it,” says McSkimming. 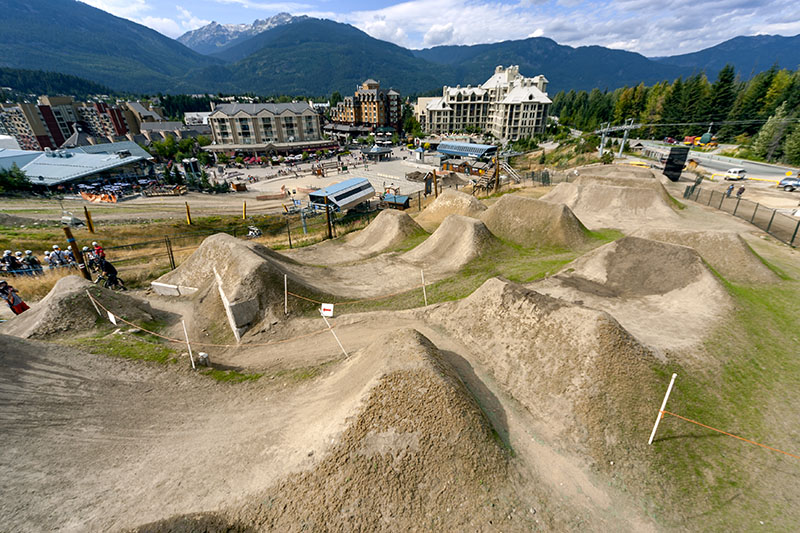 Another critical aspect of the Whistler Mountain Bike Park’s success was accessibility. In the early days, downhill mountain biking mostly appealed to men who enjoyed bombing down high-speed roads or technical trails aboard big, heavy bikes. A soon as Whistler Blackcomb started operating the Bike Park, it moved forward with a push to accommodate all levels of riders on the mountain.

“We all come from winter operations backgrounds… you need to have that terrain for beginners to be able to progress and to actually be financially successful. We knew that right from the start,” Prochazka says.

B-Line was the first trail that was accessible and fun for all; while it had some jumps, novices could roll over them while advanced shredders could get some air! Soon after, in 2003, Easy Does It became the park’s first green-dot-rated, beginner-friendly trail. Today the park offers several green runs that allow first-timers to get a feel for downhill riding safely.

The park’s entry-level terrain created an opportunity for instructional bike programs for kids and women, and soon the bike park started to draw in a broader audience. Nowadays, downhill riding appeals to a heavily mixed crowd of men, women and kids.

Wendy Robinson, Whistler Blackcomb’s summer business developer and a former mountain bike instructor, was coaching when the first youth programs were offered in 2002. The kids’ programs proved popular right away, and later women-specific lessons and camps were introduced.

“It wasn’t a huge program at that point, and there was only a handful of women riding the park. Once Women’s Night programs and DFX began, the demographics became more widespread and there was a noticeable change in 2012,” says Robinson.

As the years passed, the Whistler Mountain Bike Park’s visitor numbers continued to increase. While it was a steady rise overall, Prochazka pointed out that the construction of new trails or zones always caused a spike in visitation. Notable examples are B-Line and A-Line, the Garbanzo Zone, and more recently, Top of the World and the Creekside Zone in 2015.

“We are currently wrapping up construction of our Year 3 trails in the Creekside Bike Park expansion. Expect to see a lot more intermediate, advanced and expert technical singletrack added into that zone,” Robinson says.

As the sport of mountain biking continues to grow around the world, lift-accessed bike parks should have a bright future. Thanks to the forward thinking of Eric Wight, the trail building skills of Dave Kelly and Tom Prochazka, and the growth promoted by Whistler Blackcomb’s management, the Whistler Mountain Bike Park has established itself as a model for other resorts to follow.
whistlermuseum.org | whistlerblackcomb.com 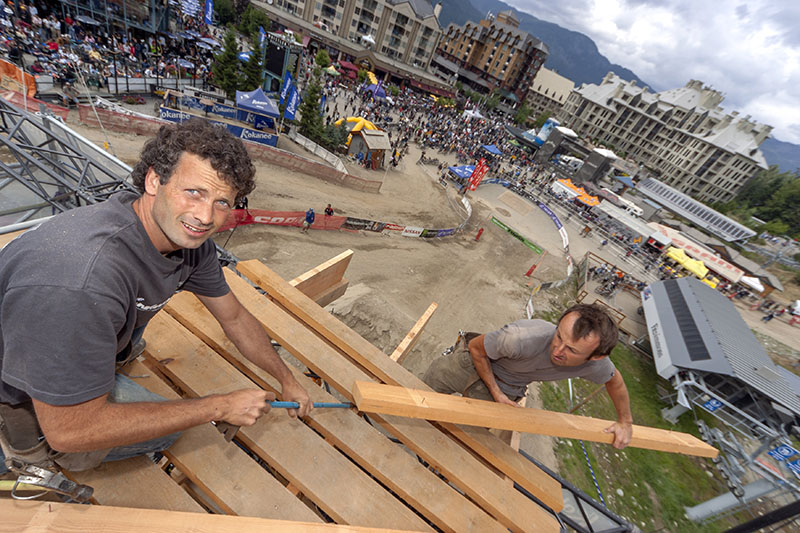 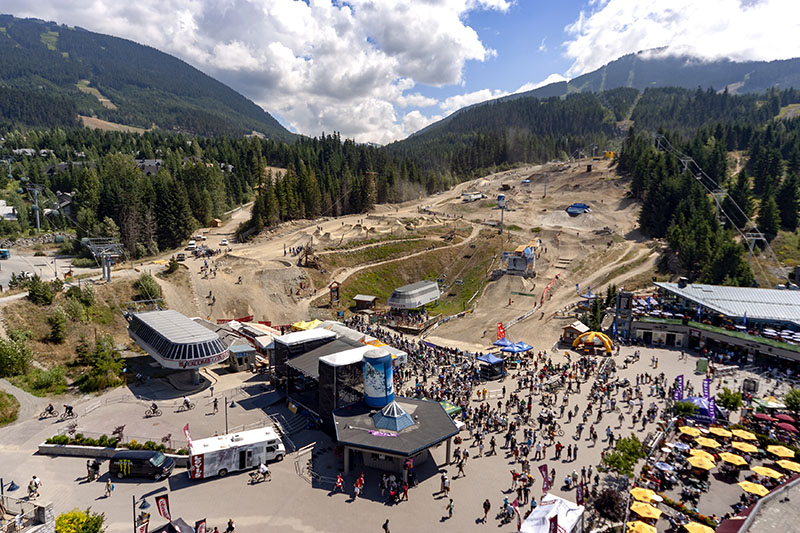 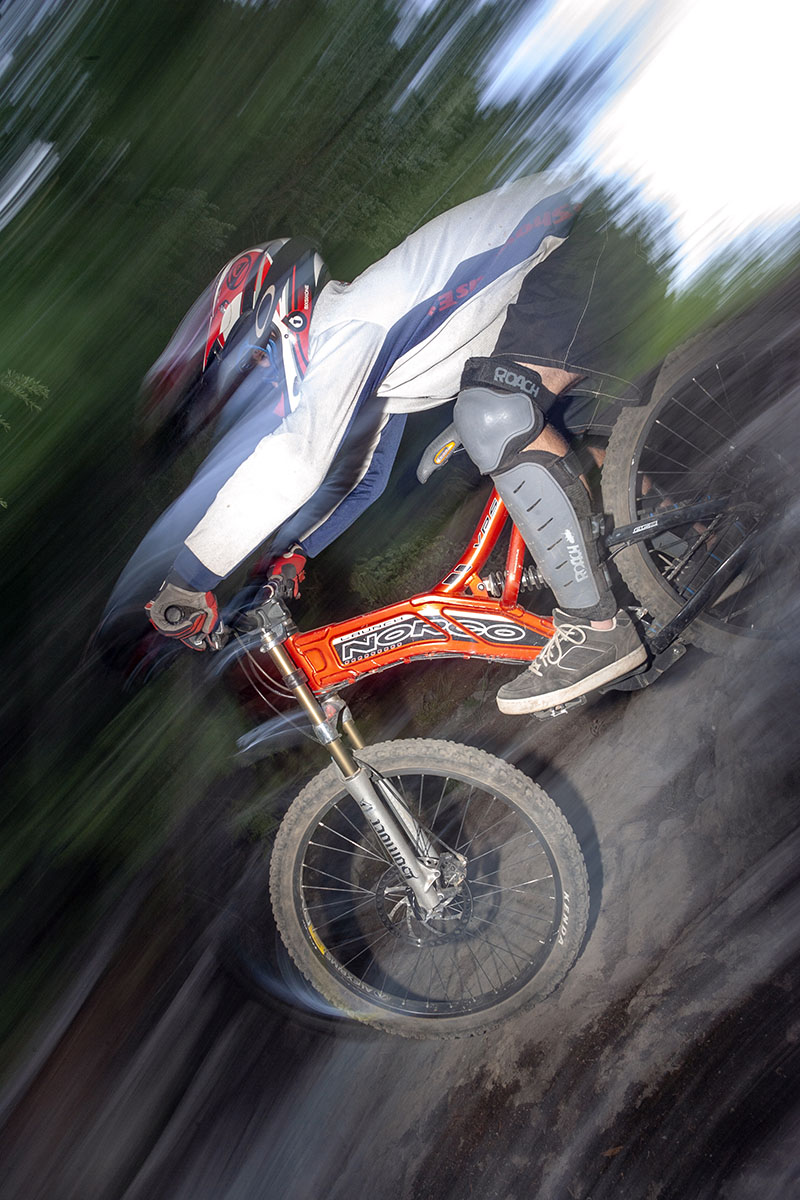 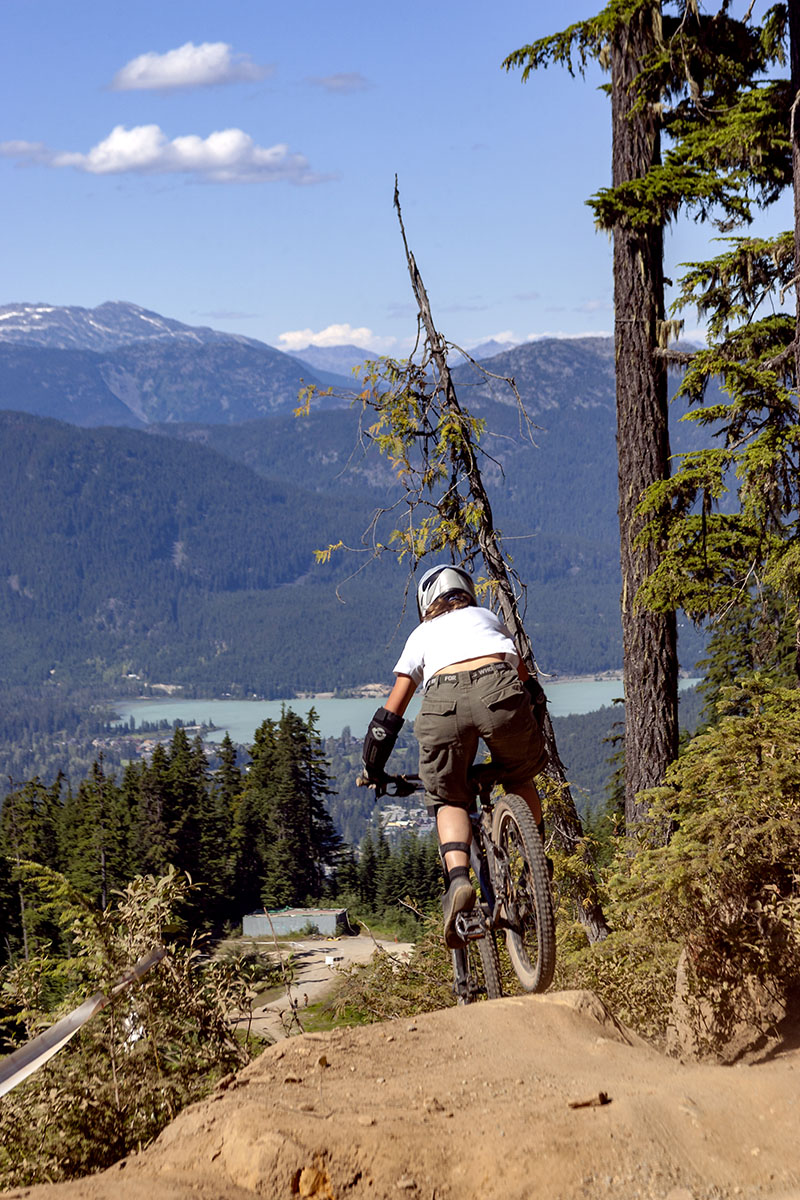