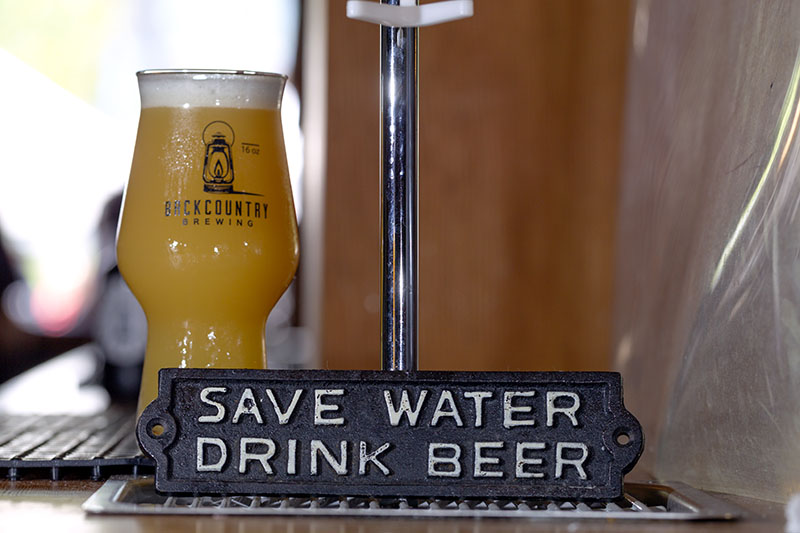 There’s just something about the scent of evergreens in the air and the sight of eagles soaring overhead after a day of exploring the breathtaking mountains and enjoying fun-packed adventure in Sea to Sky Country that beckons for a great beer — or two. Fortunately, you can quench that thirst at a host of local breweries and explore the flavours of the mountains through a variety of sessionable beer styles. From East Coast-style IPAs to fruity sours and everything in between, join us on an exploration of three of our favourite breweries along the Sea to Sky Highway, guided by the people who helped create them. 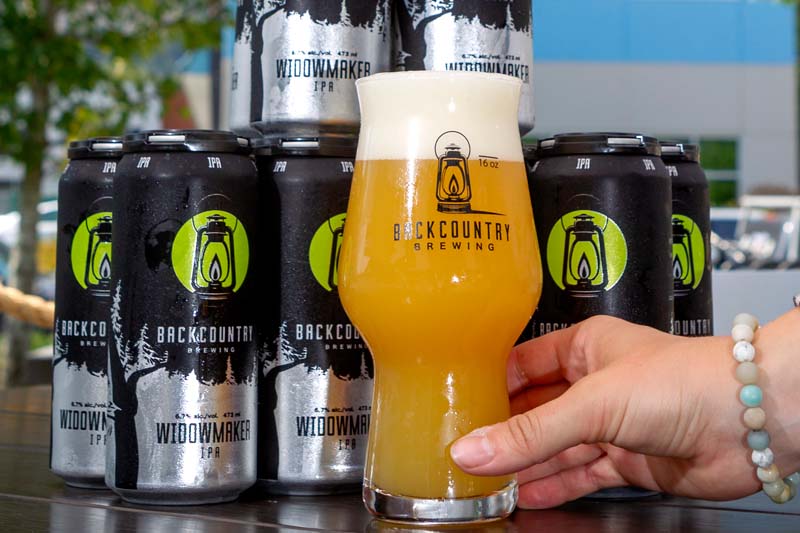 Backcountry Brewing’s brewery, tasting room, and kitchen opened in Squamish April 2017. The room was designed to feel like a backcountry ski cabin in the late ’60s, complete with a shingled cabin and tabletops made of local trail maps.

While maintaining a constantly rotating variety of beer styles in the tap room, Head Brewer John Folinsbee’s mainstays are hop-forward beers, including East Coast-style IPAs, pale ales, and an ever-growing assortment of fruited sours. With more than 100 unique beers planned for 2021, be sure to follow us on Instagram @backcountrybrewing for the latest offerings. As a result, we have now expanded our tasting room to feature 20 taps to accommodate all the new brews.

Our signature IPA is made in the East Coast style, characterized by a light malt profile with a big pulpy body to complement the intense juicy character coming from the Citra and Mosaic hops. We kept the malt profile light but full, with the bitterness restrained; the beer comes across more like a pale ale and is unfiltered and unfined to preserve as much flavour and mouthfeel as possible.

Accompany your beer with a thin-crust pizza created by Chef James Buchanan, and check out our retail merchandise, which includes our killer Backcountry Hot Sauce, made using our Ridgerunner pilsner as its base. Available across the province, visit backcountrybrewing.com/where-to-buy.

At Pemberton Brewing, located in the stunning Pemberton Valley, one of the new additions that we’re really excited about is the It’s Complicated IPA. It started last fall when we brewed a fresh-hop beer using Comet hops, which are grown right here in the Pemberton Valley. It turned out really well, and everyone was impressed with the amazing aroma and flavour of the Comet — piney citrus, with subtle fruit notes and just a hint of resinous dankness. As a result, we decided to feature the Comet in a new IPA that we can brew regularly and package for retail sale.

With this IPA, we decided that the best way to bring out the character of the hops was to brew a hybrid style — not exactly a hazy, and not precisely a Northwest, but somewhere in between. It starts with a juicy citrus that gives way to light pine and finishes drier with a hint of dankness. It’s a really tasty and interesting IPA, showcasing the progressive brewing and hops farming in Pemberton!

It’s Complicated IPA is available on tap and in cans at the brewery and select bars, restaurants, and retail outlets throughout the Sea to Sky Corridor. So, join us on our revamped, all-weather patio, complete with customer-controlled misters for those warmer days. Follow us on Instagram @pembertonbrewingco for the latest releases and announcements for visiting food trucks serving up tasty snacks to enjoy with your refreshing pint or tasting flight of our newest creations. 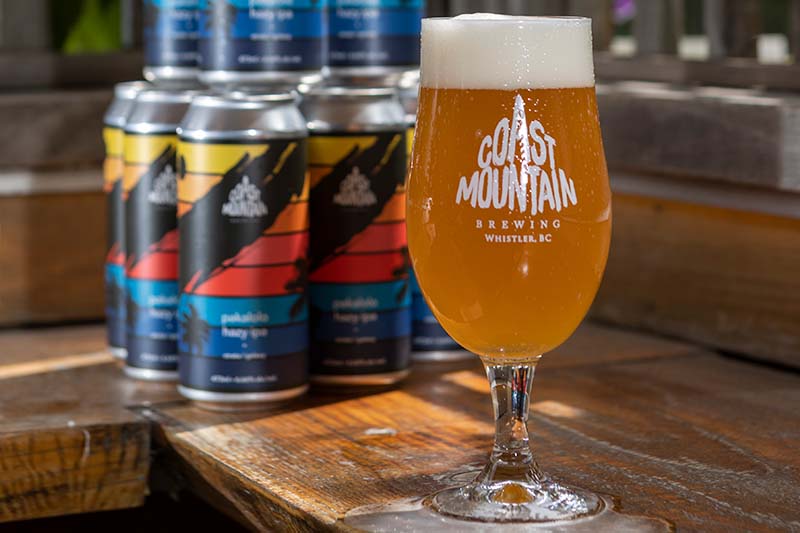 Coast Mountain Brewing in Whistler’s Function Junction neighbourhood brews a wide range of complex, flavourful, and sessionable beers that can be found on tap at the brewery, served in local restaurants and bars, and in stores throughout the Sea to Sky Corridor. With a passion for exploring historical European recipes and boasting an oak barrel program, Coast Mountain is home to modern, hop-forward ales and a variety of sours. The tasting room and patios are built for the mountainside locale and inspired by the Coast Mountains of B.C., which includes Whistler Blackcomb. Featuring a rotating art gallery, the brewery is a locals’ hangout that welcomes those who share a love for great beer and the mountain lifestyle.

Pakalolo Hazy IPA is our take this summer on an all-new Hazy IPA. It has a pillowy soft mouthfeel and is double dry hopped with Strata and Galaxy hops. The Strata creates tropical fruit flavours and the heady aromas of citrus and sweet cannabis, while the Galaxy produces musky tropical fruits (passionfruit, apricot, Key lime) with dank citrus and earthy blackcurrant. Together, they burst with intensity.

Look for our Pakalolo Hazy IPA this summer locally and through the Coast Mountain Brewing’s online store on our website. For a limited time, you can take advantage of $5 flat-rate shipping anywhere in B.C. that Canada Post delivers, on a minimum order of two, four-packs.