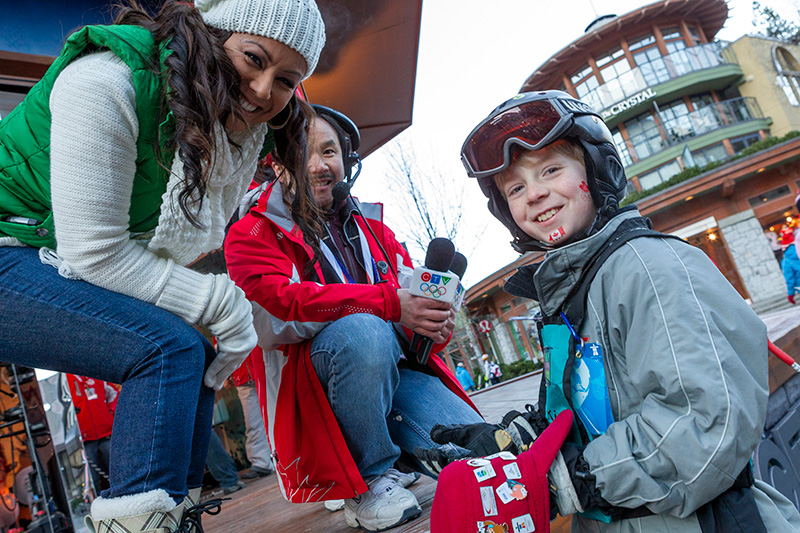 Giving you the inside information on what’s happening, what’s fun and what’s new in Whistler. Find out more about the push for a 2030 Olympic bid; get lunch at a local food truck in Whistler’s parks; learn about this issue’s local animal, the pileated woodpecker; visit the Squamish Lil’wat Cultural Centre to share their culture and see the new exhibition; celebrate the important role of Whistler Search and Rescue as they reach their 50-year anniversary.

Several sets of Olympic rings, and a Paralympic swoosh, occupy prominent locations in Whistler, reminding guests that it was the Host Mountain Resort for the 2010 Winter Games. If all goes well over the next few months, those Vancouver 2010 mementos — not to mention the Whistler Games venues — will no doubt receive a sprucing up in preparation for the 2030 Games.
This spring, the City of Vancouver, Resort Municipality of Whistler, and the Four Host First Nations for the 2010 event — Squamish, Lil’wat, Musqueam, and Tsleil-Waututh — announced they were exploring a bid for the 2030 Winter Olympics and Paralympics. This time, First Nations groups would lead the bid and, potentially, Games preparations.

“To share our stories and our history and to be able to recognize the government is the main thing,” Musqueam Chief Wayne Sparrow told CBC Sports in June.

If the bid to the International Olympic Committee (IOC) is successful, many of the venues used in 2010 will host events again. These include Whistler Mountain for alpine skiing, the Whistler Sliding Centre (WSC) for bobsleigh, luge, and skeleton and Whistler Olympic Park (WOP) for Nordic skiing, biathlon, ski jumping, and Nordic combined. 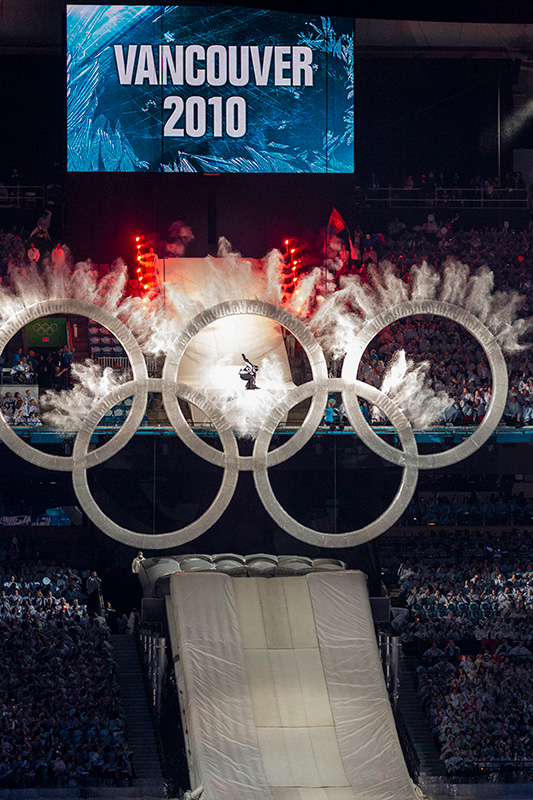 Roger Soane, CEO of Whistler Sport Legacies, the non-profit group that operates WSC and WOP, said that while some venue upgrades would be needed, getting them ready to host the world in 2030 needn’t be an onerous task.

“I think the whole approach for 2030 is that we already have great venues, they’re working, and there’s a chance to do this for a minimal additional cost,” Soane said.
For more information, visit vancouver2030.org.

Nothing completes a great summer day at the lake better than terrific food, treats, and icy-cold drinks served fresh, right on the spot.

Adding that finishing touch, or tasty nourishment in the middle of your busy day of recreating outdoors, is the intent of the Park Eats program presented by the Resort Municipality of Whistler (RMOW) and a tantalizing array of food-and-non-alcoholic-beverage vendors.

Seven summers ago, the municipality started accepting applications from food truck vendors to be located in parks. Park Eats, a more formal program, was launched as a pilot project in the summer of 2021.
“It’s been well received,” Mayor Jack Crompton said. “Better programming in our parks equals better service, better waste management, and just more options for our guests.” The program’s mandate states that vendors will be chosen “with a preference for healthy options,” Crompton said. 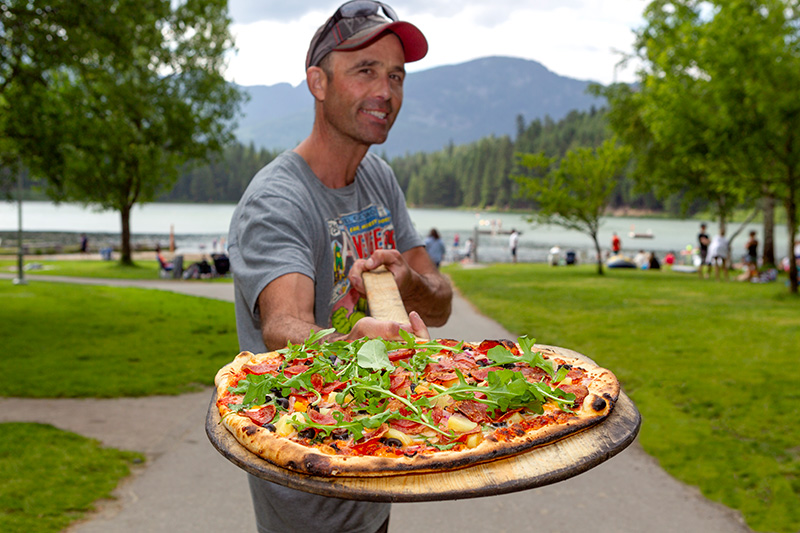 In-park food trucks will be serving at four Whistler parks through Sept. 5: Alpha Lake, Lakeside, Lost Lake and Rainbow parks. The list of vendors includes FOLIE Crêpes, Lucia Gelato, Sargent Poppers Kettle Corn, The Island Oasis, and Whistler Wood Fired Pizza. Food trucks will be on-site daily from approximately 11 a.m. to 5 p.m., weather permitting. The schedule is subject to change, so for the latest information on where the food trucks will be, visit whistler.ca/parkeats. To learn more about getting around Whistler, to the parks and transit options, visit whistler.ca/summer.

If you’re out for a walk in the forest anywhere in the Sea to Sky Corridor, you’re likely to hear this distinctive creature before you see it.

The largest of North America’s woodpeckers, the pileated woodpecker makes several sounds, from its drumming (pecking) that increases in intensity, then falls off, to a slow “cuk-cuk” and, most notably, a loud cackle that lasts three to five seconds, starting slow and low, rising in both tone and rhythm and then falling off. The rising-falling nature of the pileated’s call distinguishes it from that of the northern flicker, another woodpecker found locally, whose cackle starts and stays high.

From the 1940s to early ’70s, the cartoon character Woody Woodpecker had some of the most prominent characteristics — the bright red “hair” and a stylized cackle — of pileated woodpeckers. However, according to Woody’s Wikipedia page, artistic licence was exercised in the character’s creation.

Pileated woodpeckers are widely distributed across eastern North America, in Canada’s northern prairie and the Pacific Northwest, including British Columbia. There are, in fact, some regional differences in the sound of their calls. 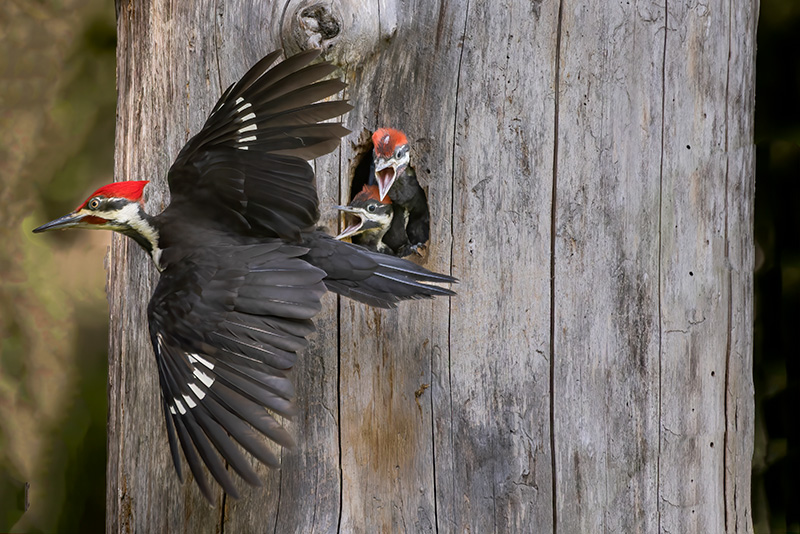 Native American cultures “have explained how seeking birds in your dreams means being in close connection with the spirit world,” according to onthefeeder.com. Some Indigenous peoples “believed that woodpeckers represent the journey into astral planes and that {they are} a symbol of prophets and messengers between worlds.”

The Indigenous peoples who call the Whistler area home are inviting visitors to help them promote reconciliation through the creation of a traditional canoe and share in their ancient secrets for a long, healthy life.
Master Carver Chief Ray Natraoro (Ses Siyam) is leading the carving at the Squamish Lil’wat Cultural Centre (SLCC) of the Community Reconciliation Canoe. The project aims to promote healing and reconciliation between First Nations and non-Indigenous people for injustices such as the Indian Residential Schools, serving as “a vessel to bridge Nations, residents, and visitors together, reminding us of a common thread between us — a connection, appreciation and reverence for the land.”

Natraoro and his team have been outdoors by the centre along Blackcomb Way, carving and inviting visitors to chisel a piece of the canoe and take home a shaving from their efforts. Younger guests can sign a commemorative cedar paddle. “This is part of the reconciliation, as it helps people take home thoughts about how they can shape their own actions” to promote healing and unity, says SLCC Curator Mix̲alhítsa7 - Alison Pascal.

The centre is also hosting Ancient Medicine: From Feast to Famine to Freedom, exploring the complex health journey of Indigenous people, including the use of traditional plants for healing, the transition to a more European style of medicine, and the resurgence of traditional diets, traditions and tools for healing. 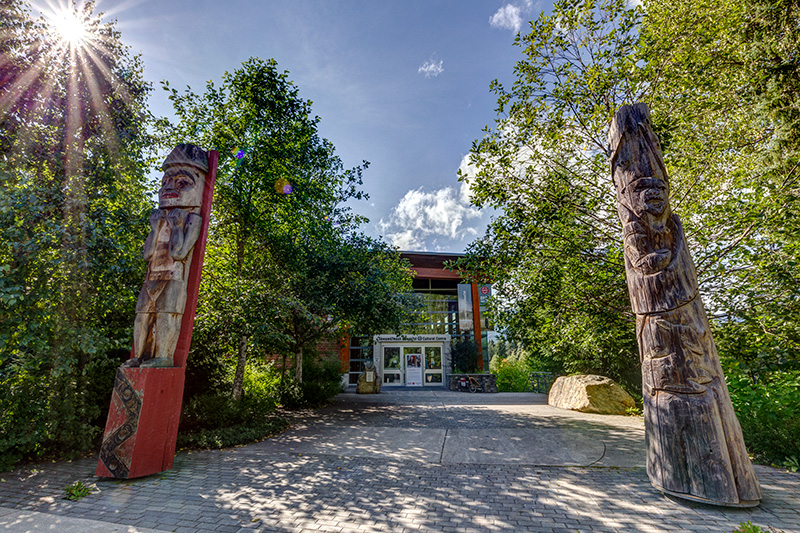 “It’s uplifting to see how Indigenous people are coming together and reclaiming what was stripped from us,” Pascal says. “Every time we use traditional food or medicine, we take back a piece of our freedom, a piece of our history and promote healthy living for our future.

Whistler had a permanent population of just 180 in 1972 when the death of four recreationalists in an avalanche in (then out-of-bounds) Harmony Bowl on Whistler Mountain helped spur the creation of an organization that was to become a vital community resource.
Alta Lake (later Whistler) Search and Rescue (WSAR), which marks its 50th anniversary in 2022, was comprised of 15 to 20 residents “who had an interest in helping out in some kind of organized fashion, in the event that something happened, and specifically in the mountains,” says Brad Sills, the current WSAR president.

Since then, the all-volunteer WSAR has proven invaluable on countless occasions, organizing and venturing out to find and extract thousands of lost skiers, hikers, and others who had become lost in Whistler’s vast backcountry.
In the early days — before the creation of Pemberton and Search and Rescue — WSAR had a much larger territory to cover.

As Sills, who joined the group in 1974, explains, “One of my earliest memories of search and rescue [is] of crevasse rescues up at Joffre [Lakes], because it was one of the areas that had just opened up to mountaineering. We did one of the very first long line rescues in the province up at Joffre.”
WSAR has a long-running relationship with Whistler Blackcomb ski patrol, with the two groups often working hand-in-hand on either side of the ski-area boundary, Sills says.

WSAR has to fundraise for around 80 per cent of its annual budget. Some of the original members — including Paul Burrows, Cliff Jennings and others — plan to be in attendance on Oct. 22, when WSAR has its 50th-anniversary dinner/fundraiser at Dusty’s in Creekside. whistlersar.com 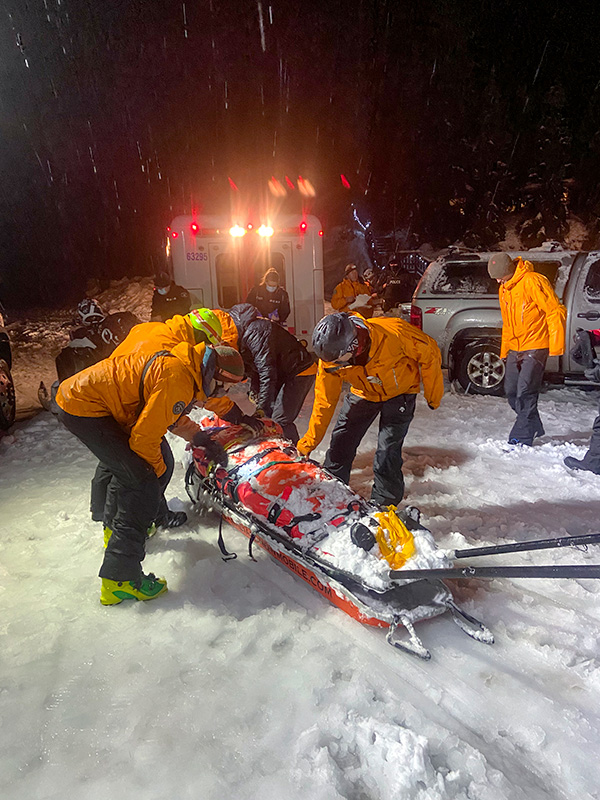