Giving you the inside information on what’s happening, what’s fun and what’s new in Whistler. Find out more about the must-have fashion accessory of the year and where to get one that is uniquely Whistler; learn about our featured local animal, the Steller’s jay; find out about the municipalities plan for a Sea to Sky Geopark; the world’s top junior Nordic athletes to visit Whistler in 2023. 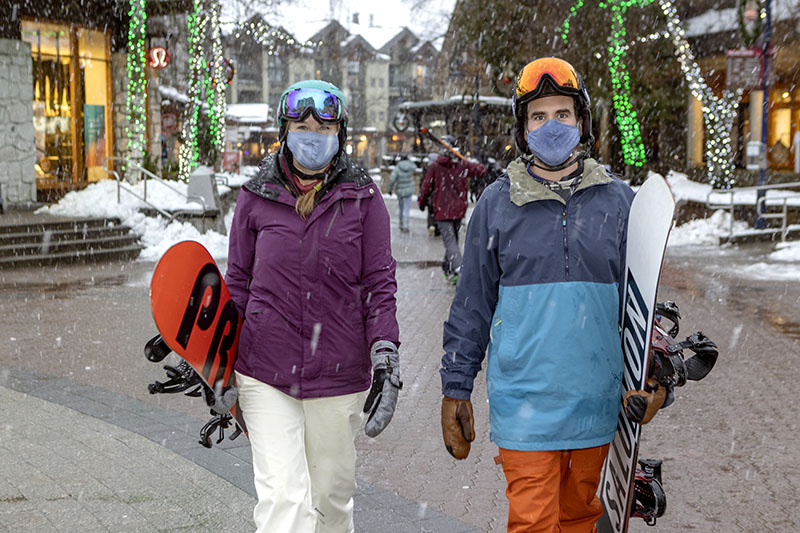 Blend in with the Locals... Wear a Mask
Story by Dee Raffo

The must-have fashion accessory of the year — the face mask — is a must-wear in public areas when visiting Whistler. We’re uniquely blessed to be able to enjoy the mountains this season, and none of us want to lose that privilege, so we are all wearing our masks to be able to keep our skis and boards on the snow.

You’ll need a mask in the lift lines and on gondolas, the chairlifts, when you eat out at any of our incredible restaurants and while you’re browsing and shopping along the beautifully lit Village Stroll. Look out for directional signage, physical distancing markers, and sanitizing stations at each place you visit. Along with your mask, please also pack your patience; there might be the odd time you need to wait a bit longer than usual, but remember, we’re all navigating this “new normal” together.

If you are looking to add a uniquely Whistler mask to your collection, some of our favourites include the Emily Carr print at the Audain Art Museum, the Indigenous artists’ prints at the Squamish Lil’wat Cultural Centre, and the Whistler Blackcomb Foundation masks sold at the Can-Ski locations, featuring iconic Whistler images by renowned local photographer David McColm.

We wear our masks to protect the vulnerable, as a sign of kindness and respect, and we’re sure you’ll do the same. We look forward to seeing your “smiling eyes” above your masks! Visit whistler.com/covid and vch.ca/covid-19. 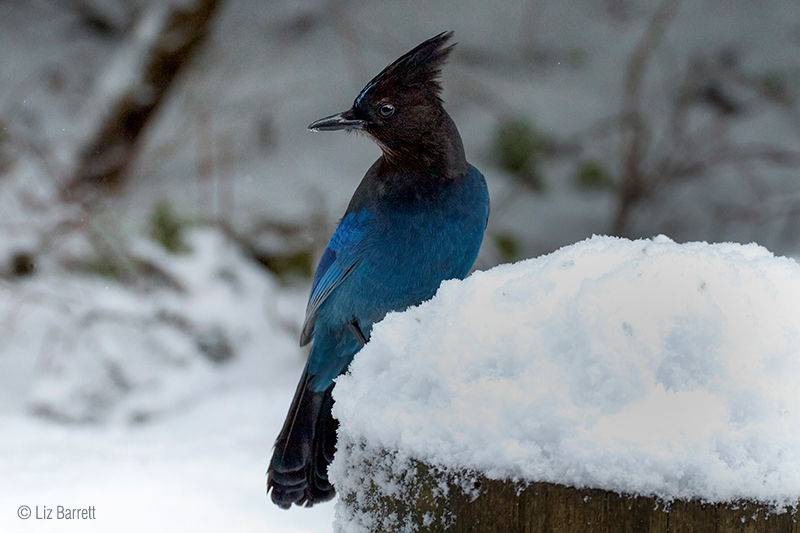 The Steller’s jay, a bird often seen and heard in the coniferous forests of the Sea to Sky Corridor, has been described as both “aggressive” and “gregarious.” As you’re out enjoying a socially distanced lunch on the lower slopes of the mountains, or during a break from cross-country skiing or snowshoeing, you’re about as likely to do so under the watchful eye of a Steller’s jay as you are of their cousin the grey jay (or whiskey jack). Guard your lunch carefully, as either of the two won’t hesitate to swoop in for a nibble if given the chance.
The Steller’s jay, the provincial bird of British Columbia, is named for German-born Russian explorer Georg Wilhelm Steller (hence, the first word is capitalized), who first described the birds during a visit to Cordova, Alaska, in 1741, according to natureconservancy.ca.

Larger than a robin but smaller than a crow, Steller’s jays are closely related to crows — along with ravens, rooks, magpies and other jays. Their crested heads are jet black, but unlike crows, their bodies are a distinctive, brilliant shade of blue.

Like crows, they are known for being “bold, inquisitive, intelligent and noisy,” according to (allaboutbirds.org). In a 2004 article in National Geographic, researchers suggested that crows’ and jays’ “cognitive abilities are a match for primates such as chimpanzees and gorillas.” As such, they have been known to use tools such as twigs to get at insects and other prey, the article stated.

In September 2020, the Resort Municipality of Whistler (RMOW) approved a plan to create a “geopark” on four sites near the southern end of town — with the long-term goal of teaming up with other jurisdictions to seek a larger Sea to Sky Geopark designation from the United Nations Educational, Scientific and Cultural Organization (UNESCO).
In its initial phase, the Whistler Geopark would involve trail building and interpretive signage at four geologically significant sites — the lava escarpment at Cheakamus Crossing, the volcanic crater at Loggers Lake, the basalt eskers (long ridges of stratified sand and gravel left behind by melting glaciers) and the lava-glacier-bedrock gorge at Cal-Cheak South.

“This is an exciting initial foray into a much larger plan to deepen the community’s collective understanding of the natural history of the area and help foster a greater sense of place, as well as diversify our tourism offerings,” Mayor Jack Crompton said in a release announcing the RMOW’s application for a federal-provincial grant to fund the initial phase. Results of the application are expected by mid-2021.

The region “has unique landforms and features found in few places on Earth as a result of the interplay of glaciation, volcanism and plate tectonics,” RMOW officials said. To that end, the RMOW’s ultimate goal is to see 60 sites from Bowen Island in the south to Mount Meager in the north become part of a UNESCO-designated Sea to Sky Fire & Ice Geopark. There are currently only five such sites in Canada, one of which (Tumbler Ridge) is in B.C.
Visit whistler.ca/culture-recreation/geopark-project. 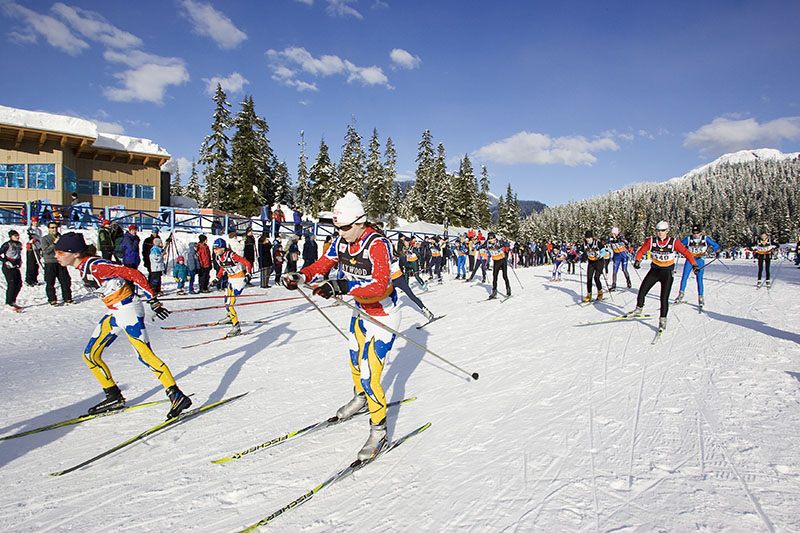 In early 2023, the world’s top junior athletes in three Nordic disciplines — cross-country skiing, ski jumping and Nordic combined — will descend on Whistler Olympic Park (WOP). They will compete in the most prestigious event the park has hosted since the 2010 Olympic and Paralympic Games.
This past fall, the Federation Internationale de Ski (FIS) announced that WOP will host the FIS World Junior/U23 Championships, bringing more than 500 young athletes from around the world to compete from Jan. 27 to Feb. 5, 2023.

Canada has hosted the World Juniors only twice previously — in 1979 at Mont Ste. Anne, Que., and in 1997 in Canmore, Alta. “It’s not often we get a world championship event in our area, and when FIS announced it, it just created such an exciting buzz, both for the chance to showcase the Sea to Sky Corridor and really to showcase the fantastic athletes that we have,” said Norman Laube, chair of the Black Tusk Nordic Events Society (BTNES), which is organizing the 2023 event.

Landing such an event comes with a fair bit of prestige, some facility upgrades and the opportunity to host other events, including the 2021 FIS Cup Ski Jumping/Continental Cup Nordic Combined (Dec. 17 to 20, 2021) and the Canadian National Championships in March 2022. BTNES is seeking volunteers to help with all three events.
Visit blacktusknordic.com.